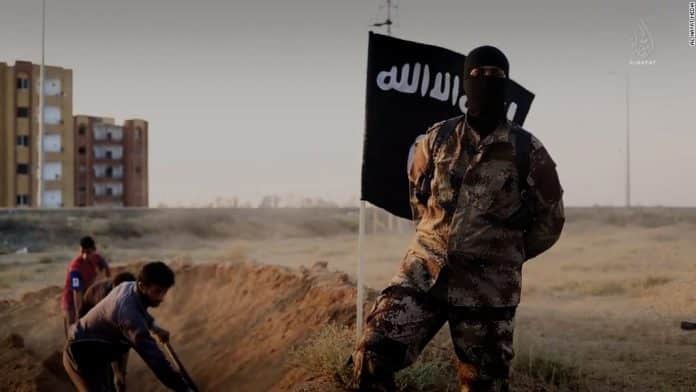 The United States Sixth Circuit Court of Appeals ruled Friday in favor of the government, upholding the conviction of Laith Waleed Alebbini—who pledged his alliance to ISIS and informed his family via text message that he is ‘a terrorist,’ Your Content has learned.

The 29-year-old Jordan citizen was convicted of conspiring and attempting to join ISIS following a bench trial in Dayton in November and December 2018 before U.S. District Judge Walter H. Rice.

Court documents and trial testimony detail that on April 26, 2017, FBI agents arrested Alebbini at the Cincinnati-Northern Kentucky International Airport, as he was attempting to travel to Turkey and then Syria to join ISIS – a designated foreign terrorist organization. Alebbini is a U.S. legal permanent resident who was living in Dayton.

About one hour before Alebbini arrived at the Cincinnati/Kentucky International Airport, several relatives pleaded with Alebbini not to join ISIS. Alebbini responded in three separate back-to-back text messages:  “Do you think I am a criminal”  “I am a terrorist”  “I am mujahid.”

In another, previous conversation with a friend, Alebbini said, “I, cousin, want to go be an inghimasi soldier.” As explained at trial, an “inghimasi soldier” is a particularly lethal type of suicide bomber – one who seeks to cause as much death and destruction as possible prior to detonation.

Alebbini was sentenced in June 2019 to 180 months in prison and 25 years of supervised release for attempting to and conspiring to join the Islamic State of Iraq and al-Sham (ISIS).  He will likely face deportation following service of his prison term.

The Court of Appeals ruled against Alebbini’s arguments, stating in a precedent-setting published opinion that the government proved the elements of the crimes beyond a reasonable doubt.

Specifically, the Court of Appeals stated the government sufficiently proved conspiracy elements through consistent information and conversations detailing Alebbini’s plans with a co-conspirator to join and fight for ISIS.

Likewise, the government showed sufficient evidence that Alebbini took a substantial step towards the crime when, after research, preparation, and conveying to others his intent to join ISIS and work under its direction and control, Alebbini embarked on his journey to ISIS by departing Dayton, traveling to the Cincinnati/Kentucky International airport, sending farewell messages to family, checking in for his flight, and walking toward the airport security checkpoint after obtaining his airline ticket, all of which corroborated Alebbini’s intent