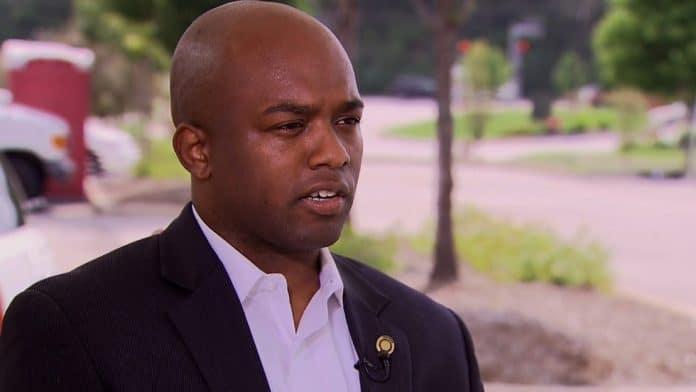 United States District Judge Stephen Clark accepted a plea, today, from Courtney Curtis. The 39-year-old Ferguson, Missouri resident pleaded guilty to three counts of wire fraud relative to his theft of funds from his “Curtis for MO” campaign account.  Curtis served as Representative of Missouri District 73 from 2013 until 2019.  Most recently, Curtis served as an assistant to St. Louis County Councilwoman Rita Heard Days.

After fraudulently convincing constituents to donate money to the “Curtis for MO” campaign committee, Curtis knowingly used monies in the “Curtis for MO” campaign committee bank account for his own personal benefit, unrelated to any legitimate campaign or reelection purpose in various ways, including but not limited to:  Using money in the account to pay for his apartment rental and utility bills; paying for hotel, airfare and travel expenses; paying for restaurant and bar bills; withdrawing funds from the account through substantial cash withdrawals; and, using money in the account to purchase retail items for his personal use.

“If it weren’t for the diligent work of the Missouri Ethics Commission, this federal felony may not have come to light,” said Special Agent in Charge Richard Quinn of the FBI St. Louis Division. “While the Commission can only impose fines on candidates who lie on campaign finance reports, the FBI will bring to justice those who serve themselves instead of their constituents.”

Total funds obtained by Curtis through his scheme to defraud his donors was approximately $47,867.69.

The charge of wire fraud carries a maximum penalty of no more than 20 years of imprisonment and a fine of no more than $250,000.  In determining the actual sentence, a judge is required to consider the U.S. Sentencing Guidelines, which provide recommended sentencing ranges.