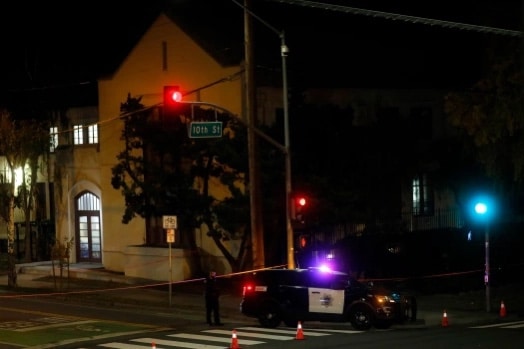 Police swarmed a San Jose area church Sunday night after a madman knifed multiple people at San Jose’s Grace Baptist Church—leaving at-least two dead and several others seriously injured— and Your Content has learned agents from the FBI were also on the scene.

“We can confirm we have multiple stabbing victims; some with life threatening injuries,” the San Jose Police Department tweeted. “More updates when available.”

Sources close to the investigation tell Your Content agents from the FBI also responded to the tragic scene.

Two of the victims were killed and other CBS Bay Area reports.

Shortly before 10 p.m., San Jose Mayor Sam Liccardo posted to social media, saying: “Our hearts go out to the families of the two community members who have succumbed to stabbing wounds in the attack at Grace Baptist Church downtown tonight,” The Mercury News reports.

“SJPD has arrested the suspect,” Liccardo said. “Others are seriously wounded, & we keep them in our prayers.”