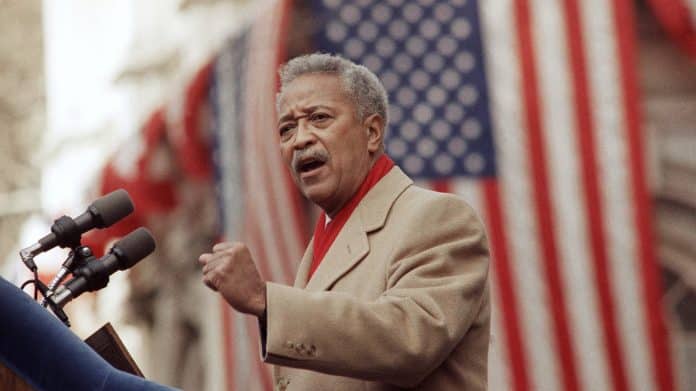 David Dinkins, New York City’s first Black mayor, who offered himself as a peacemaker to a troubled city, has died at 93, Your Content can tragically report.

“I extend my deepest condolences to the family of Mayor David Dinkins, and to the many New Yorkers who loved and supported him,” tweeted former NYC mayor Rudy Giuliani. “He gave a great deal of his life in service to our great City. That service is respected and honored by all.”

The New York Post reported that Dinkins defeated Ed Koch, the three-term incumbent, in the 1989 Democratic primary and beat Rudy Giuliani that same year to become the city’s 106th mayor.

Born in Trenton, New Jersey, Dinkins briefly practicing law in New York City before he began his career in politics as a district leader and was elected a Harlem state Assemblyman in 1966.

He went on to serve as President of the Board of Elections and City Clerk before winning election as Manhattan Borough President in 1985.

He died just over a month after his wife, Joyce Dinkins, passed away at 89.