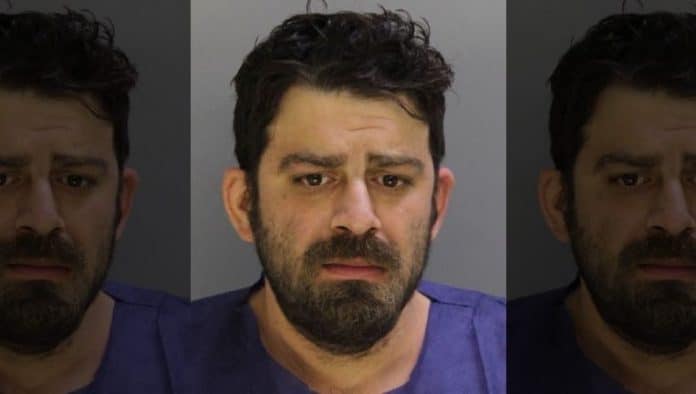 A West Chester man was arrested for allegedly torturing a 9-year-old to near death, Your Content is learning.

A 34-year-old West Chester man has been charged with multiple offenses, including attempted homicide, in the beating of a nine-year-old girl related to a woman he was dating, Chester County officials announced.

Dimitrios Moscharis, of West Chester, was charged Tuesday with strangulation, aggravated assault, endangering the welfare of a child and attempted homicide, along with related charges, after severely beating his girlfriend’s nine-year-old daughter, according to FOX 29.

The victim is in critical condition at Nemours/A.I. DuPont Hospital with injuries to multiple organs, extensive bruising all over her body, and likely brain damage due to oxygen deprivation for an extended time, according to Patch.com. All her injuries are consistent with trauma, police said.

The district attorney reported in a 3 p.m. Tuesday news conference that the child remains unresponsive today, and that her condition had worsened since she was admitted to the hospital, the outlet added.

“What this child endured is unconscionable,” said Chester County District Attorney Deb Ryan today. “The defendant’s depravity is beyond words and comprehension. It is the kind of criminal action that is devastating to our community and parents alike.”

Dr. Brenda Bernot, Chief of Police at Westtown-East Goshen Regional Police Department, stated, “Children are the most vulnerable members of our society, and it is heartbreaking and unimaginable that anyone could abuse a child in such a horrific manner. The Westtown-East Goshen Regional Police Department is committed to pursuing every possible lead to ensure that those responsible for this horrific crime are brought to justice.”

What’s more—because of the widespread nature of the child’s injuries, the alleged method of the abuse, the element of torture, and the defendant’s relationship to the victim’s mother—The Mercury dubs it a horrifyingly reminiscent of the November 2014 death of 3-year-old “Scotty” McMillan.

The paper reports that the infant was tortured and beaten with a number of implements, including a curtain rod, over a period of days by his mother’s live-in boyfriend, who said he was trying to discipline the child.

Moscharis was remanded to Chester County Prison without bail.