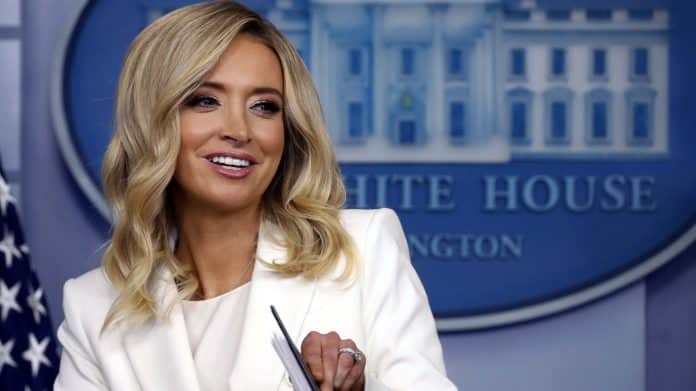 The White House issued a statement following the pardon of Michael Flynn, Your Content has learned.

Statement from the Press Secretary Regarding Executive Grant of Clemency for General Michael T. Flynn

“Today, President Donald J. Trump signed an Executive Grant of Clemency granting a Full Pardon to General Michael T. Flynn. The President has pardoned General Flynn because he should never have been prosecuted. An independent review of General Flynn’s case by the Department of Justice—conducted by respected career professionals—supports this conclusion. In fact, the Department of Justice has firmly concluded that the charges against General Flynn should be dropped. This Full Pardon achieves that objective, finally bringing to an end the relentless, partisan pursuit of an innocent man.

“General Flynn should not require a pardon. He is an innocent man. Even the FBI agents who interviewed General Flynn did not think he was lying. Multiple investigations have produced evidence establishing that General Flynn was the victim of partisan government officials engaged in a coordinated attempt to subvert the election of 2016. These individuals sought to prevent Donald Trump from being elected to the Presidency, to block him from assuming that office upon his election, to remove him from office after his inauguration, and to undermine his Administration at every turn.

“The prosecution of General Flynn is yet another reminder of something that has long been clear: After the 2016 election, individuals within the outgoing administration refused to accept the choice the American people had made at the ballot box and worked to undermine the peaceful transition of power. These efforts were enabled by a complicit media that willingly published falsehoods and hid inconvenient facts from public view, including with respect to General Flynn. They amounted to a brazen assault on our democracy and a direct attack on our fundamental political values.

“While today’s action sets right an injustice against an innocent man and an American hero, it should also serve as a reminder to all of us that we must remain vigilant over those in whom we place our trust and confidence. The people who sit atop our intelligence and law enforcement agencies have tremendous power to affect the lives of their fellow citizens. The American people must always take care to scrutinize their actions, to hold them accountable, and to ensure that they use their immense power to uphold the rule of law rather than to harass, persecute, and jail their political opponents in pursuit of partisan political agendas.

“Happy Thanksgiving to General Flynn and his family, and thank you all for your great service to our Nation!”