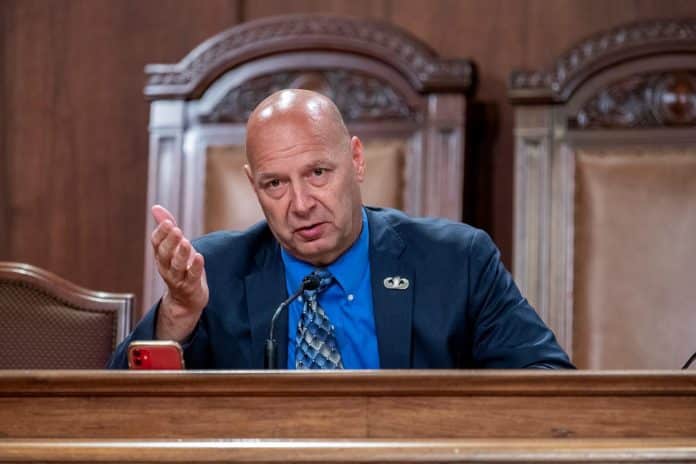 Members of the Pennsylvania Senate moments ago declared Secretary of State Kathy Boockvar is attempting to ‘prematurely’ certify the election for Joe Biden—and now the legislature is demanding she refrains from continuing the certification, Your Content has learned.

The resolution, introduced in conjunction with counterparts in the House of Representatives, disapproves and rejects the Secretary of Commonwealth’s premature certification of the results of the November 3 vote pertaining to presidential electors.

The legislative resolution directs State Department Secretary Kathy Boockvar to withdraw and vacate the certification of the presidential election.

“Pennsylvanians want transparency and accountability with our electoral process – it is the hallmark of our American system to ensure that we the people select our government leaders, including the President of the United States,” said Mastriano. “As state legislators, we take our responsibility to guard and guarantee our constituents’ right to free and fair elections. I fought to defend this right for three decades…nothing is more sacred in our democracy.”

The resolution declares that the selection of presidential electors is in dispute.

Earlier on Friday, members of the House delegation announced their intent to introduce mirror legislation.

Mastriano noted numerous discrepancies that occurred November 3, such as failure to meet the requirement that all mail-in ballots are received by 8 p.m.; “satellite locations” being used outside of parameters set by state law; failure to meet requirements specifying that election officials must authenticate signatures of in-person voters; and – among other issues – failure to follow the law for the tabulation of defective absentee and mailed ballots.