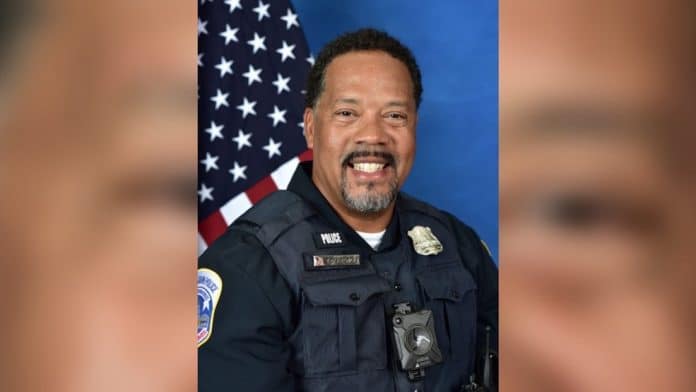 A Metropolitan Police Department homicide detective was allegedly shot and killed by his wife in a Friday night murder-suicide, Your Content has learned. The wife reportedly turned the gun on herself after shooting her husband.

Police say they responded to the 3300 block of Marylea Court in Waldorf at around 6:00 p.m. Friday evening for reports of two deceased people inside the home, reports ABC 7.

family member had reportedly been trying to contact his daughter throughout the day, and when he didn’t hear from her or her husband, went to their house and found them dead, according to a preliminary investigation, the local outlet reports.

Police say that evidence suggests that Christina Lynn Francis, 41, shot her husband, Timothy Eugene Francis, 50, before taking her own life.

DC Police tweeted out Detective Francis had 20 years of service with the department.

“It is with heavy hearts that the Metropolitan Police Department announces that MPD Detective Timothy Francis, most recently assigned to the Homicide Unit’s Natural Squad, tragically passed away. Francis was shot and killed in a domestic-related homicide yesterday in Charles County, Maryland. The suspect was also found deceased at the scene. This case is currently under investigation by the Charles County Sheriff’s Office. Francis had 20 years of dedicated service with the Metropolitan Police Department.”