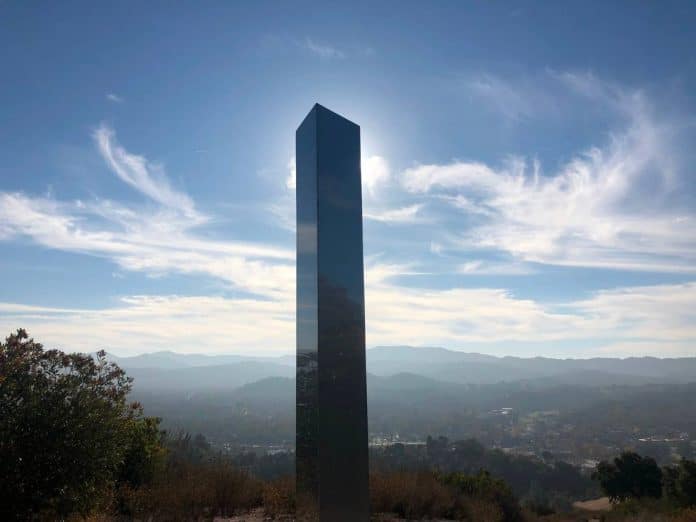 A metallic monument similar in appearance to the structures in Utah and Romania, surfaced under the cover of darkness at the top of Atascadero’s Pine Mountain in the late hours of Wednesday morning, Your Content has learned.

Last month, a mysterious silver monolith garnered widespread attention after it vanished from a remote area in Utah. Another similar structure appeared in Romania, but also later vanished. Hundreds of people have come out to see the gleaming — almost otherworldly — objects, and now, a third mysterious monolith has appeared in California.

As Your Content readers know, officials have launched an investigation into the strange appearance of a metallic monolith — this time in Romania — that’s similar to one in Utah that later vanished

One Romanian outlet reported Monday that the latest mysterious structure also vanished, but that could not immediately be confirmed.

The Romanian monolith, which has been described as an identical replica of the Utah version, was found on Batca Doamnei Hill in the city of Piatra Neamţ in northeastern Romania on Nov. 26, according to a number of press reports supported by photos and videos.