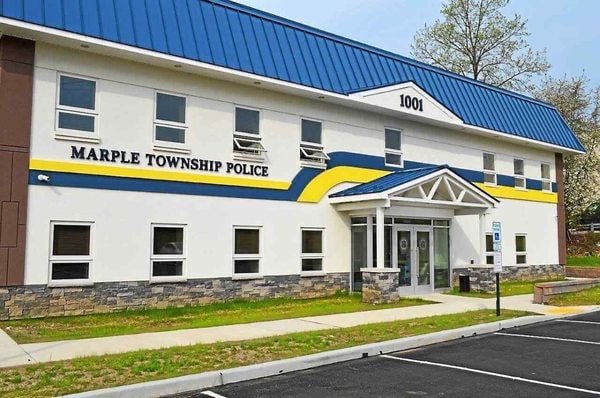 Marple Township Police Department has closed for the week as officers mourn the sudden death of one of their own while on duty, Your Content has learned. Officers and staff will return Dec. 14.

“The Marple Township Police Department has experienced a significant loss to our police family today. One of our officers passed suddenly while working and serving this community. On behalf of the entire Police Department and Township of Marple, please keep our officer’s family in your prayers and hearts during this unimaginably difficult time.”

“To our cherished community: Please know that the safety of your families, businesses, and places of worship remains a top priority. Numerous neighboring police departments immediately offered their support and assistance to us, and I graciously accepted. So, to allow all our officers and staff time to grieve, all emergency calls and requests for service will be handled by police officers from other jurisdictions for a limited time.

“Your Marple Police Officers and civilian staff are a tight group,” it continued. “Our hearts are shattered for our officer’s family, but we will remain at their side for as long as it takes and for whatever they need.”

As Your Content previously reported, an officer from Marple Township Police Department died suddenly while on duty Tuesday.

“The Marple Township Police Department has experienced a significant loss to our police family today.” Marple Police said in a statement.

“One of our officers passed suddenly while working and serving this community.

“On behalf of the entire Police Department and Township of Marple, please keep our officer’s family in your prayers and hearts during this unimaginably difficult time.”

A fundraiser to benefit the decorated officer’s family was launched Thursday Marple Township Police Dept. Chief Brandon Graeff—and as of 10 p.m. Dec. 10, over $45,000 of the $75,000 goal was reached.

“The Marple Township Police Department is mourning the loss of Officer Brian Niedelman #67, who served the Department for three and a half years.” reads the fundraiser.

“Officer Niedelman is survived by his wife, Lacey, and two young children.”

The number of police officers who died by suicide in 2019 was more than double the number killed in the line of duty, according to a study—and one organization is aiming to change the startling statistic with a broader peer networking program, reports SFGate.com.

“People have been throwing the word around a lot these days, pandemic. The police officer suicide issue has been a pandemic for probably 20-plus years,” said Doug Wyllie, a spokesman with BLUE H.E.L.P., a national organization that in part helps police officers struggling with mental health issues to connect with proper resources in their respective area. “More officers die by their own hand than felonious assault every year, and it’s usually two times as many.”

“There has been an uptick, it seems, in the number of reported law enforcement officer suicides,” Wyllie explained. “We don’t know if that’s because there are more suicides or more reporting.”

Members of law enforcement struggling with mental health issues are encouraged to utilize the resources available at bluehelp.org.

For anyone dealing with suicidal thoughts, call the National Suicide Prevention Lifeline at 1-800-273-8255 or visit their website suicidepreventionlifeline.org.