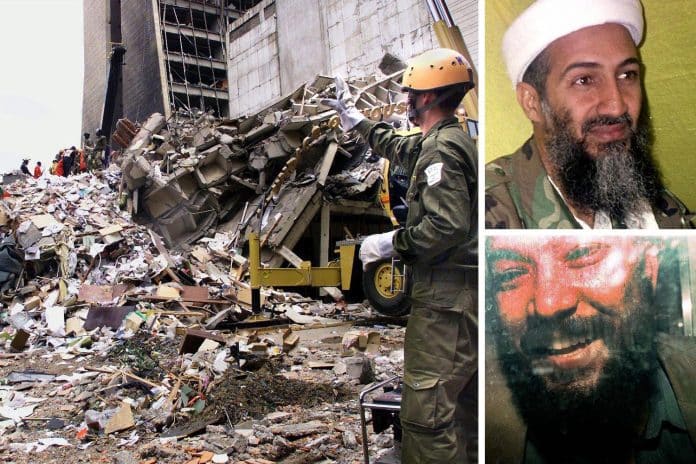 The English are furious at both New York and New Jersey federal officials who green-lit the release of Adel Abdel Bary—the best bud of coward Osama bin Laden, Your Content has learned.

Adel Abdel Bary, 60, had spent 21 years in a New Jersey prison for his role in the 1998 al Qaeda bombings of two US embassies in Africa that killed 224 people dead, including 12 Americans.

The former bin Laden henchman was convicted in two deadly 1998 bombings is free and living in the UK this week after being released early — thanks to a Manhattan federal judge who agreed the terrorist was way too obese to survive the coronavirus behind bars.

Bary had been set to be freed on Oct. 28, but his attorneys asked that he be let out sooner, citing their ­client’s age, girth and asthma.

Prosecutors conceded with the defense when arguing about the fat terrorist—claiming his obesity opens the double door to COVID-19.

“The defendant’s obesity is an extraordinary and compelling reason that could justify a reduction of his sentence in light of the current pandemic,” they wrote.

Bary’s immigration lawyer told The New York Times last month, “After all this time, all Mr. Bary wants is to enjoy a quiet life with his family.”

Edith Bartley, whose younger brother was among the victims, ripped the release.