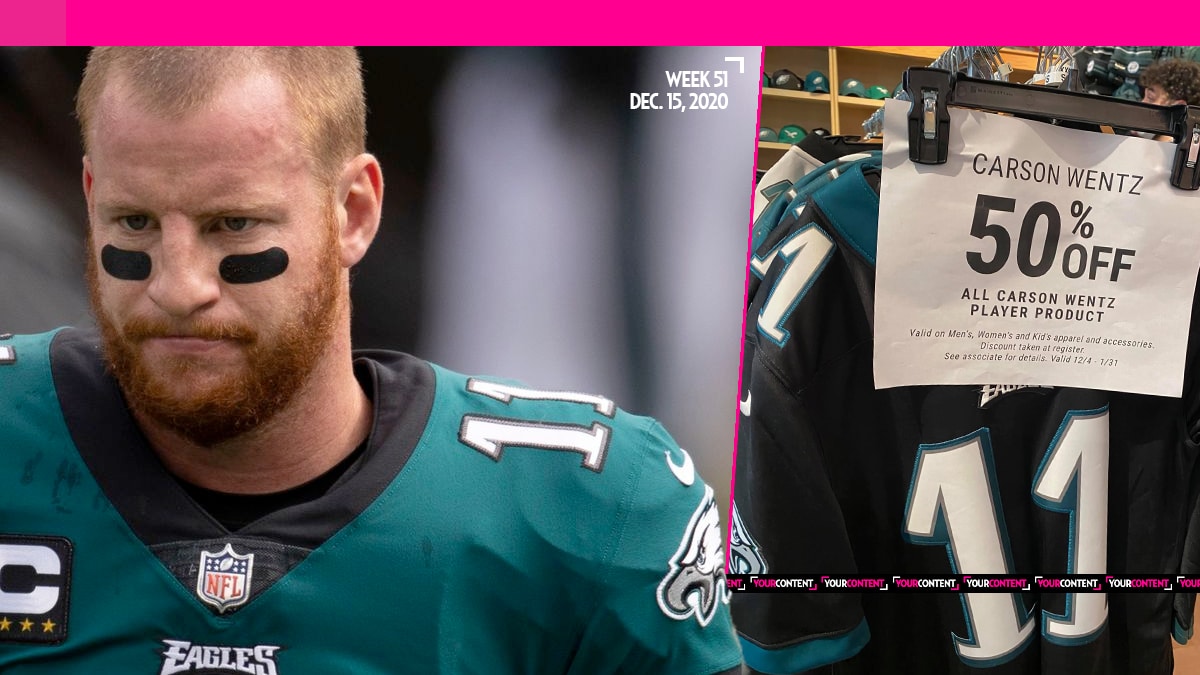 Carson Wentz has been put on the clearance shelves at stores in suburban Philly following his terrible play during the last game on Dec. 6 performance, Your Content has learned.

Wentz was benched moments before half-time due to his poor performance … sources close to the situation reveal.

“He simply sucked,” the insider said. “I mean winding up on clearance speaks volumes.”