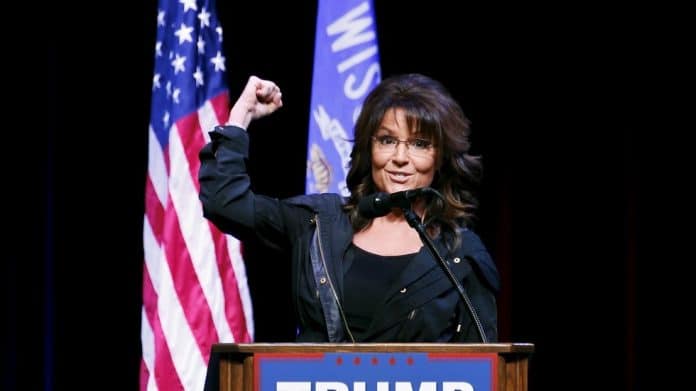 Sarah Palin filmed a YouTube video calling for Julian Assange to be pardoned, despite being previously targeted by WikiLeaks, Your Content has learned.

“I made a mistake some years ago, not supporting Julian Assange — thinking that he was a bad guy,” Palin continued in the clip. “And I’ve learned a lot since then … He deserves a pardon.”

The conservative favorite went on to praise Assange for “what he has done in the name of real journalism, and that’s getting to the bottom of issues that the public really needs to hear about and benefit from.”

In Saturday’s YouTube video, Palin continued: “Some years ago I publicly spoke out against Julian and I made a mistake. I want more Americans to speak out on his behalf and to understand what it is that he has done, what has been done to him as he has been working on the people’s behalf to allow information to get to us so we could make up our minds about different issues of different people.

“He did the right thing and I support him. And I hope that more and more people, especially as it comes down to the wire, will speak up in support of pardoning Julian. God bless him,” she ends with, reports Business Insider.