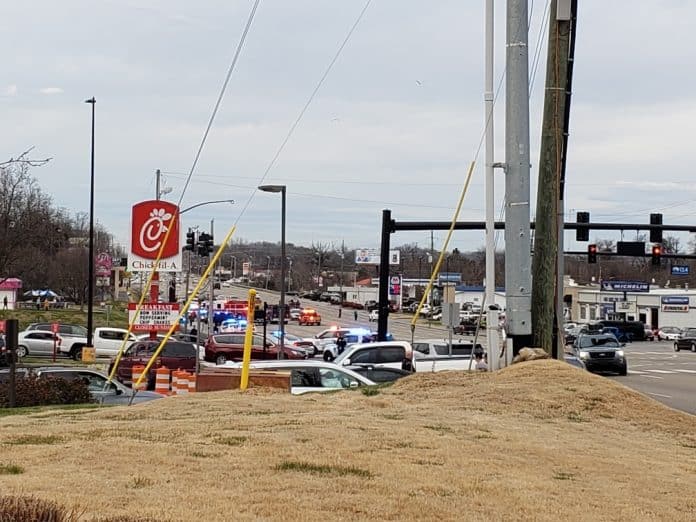 A trio of active shooters are reportedly opening fire inside of a Walmart in Sevierville, Tennessee, Your Content is learning.

The gunman is reportedly still in the store and emergency services are standing by, East Tennessee Incident Notifications reported on Wednesday.

Law enforcement sources told Your Content there may be three shooters involved … one African American and one of Pacific island descent.

Command post is at the Baskin Robins nearby the store. At-least one confirmed patient at this time. But it is unclear how the person was injured as law enforcement have reported zero gunshot victims as of 4:25 p.m. ET.

“Many emergency apparatus staged. EMS request Lifestar on standby. Reports of shooter still in the store.”

BREAKING NEWS: Active shooter is reported at a Tennessee Walmart