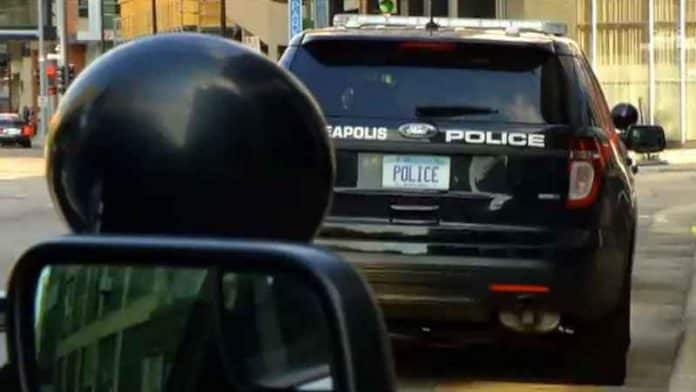 A vicious man was shot and killed by Minneapolis police officers Wednesday night in the city’s Powderhorn neighborhood, Your Content has learned.

According to Minneapolis Police, officers were engaged in a traffic stop with a felony suspect near East 36th Street and Cedar Avenue at about 6:15 p.m.

During the stop, gunfire was exchanged and the suspect was struck. He was pronounced dead at the scene by medical personnel, reports KSTP.

Police said a woman in the passenger’s seat was not injured, and officers were also not injured in the incident.

Teams with the Minnesota Bureau of Criminal Apprehension were on the way to the scene and will take over the investigation when they arrive, police said.

Police said it is believed that officers’ body cameras were on when the incident happened. There were also witnesses to the incident.

The Hennepin County Medical Examiner’s Office will identify the victim and his cause of death at a later time.

“At 6:15 pm Wednesday evening. Officers from the Minneapolis police department were engaged in traffic stop with a felony suspect. During this stop, gunfire was exchanged. The adult male in the vehicle, the felony suspect, was struck. The adult female passenger in the vehicle is uninjured. The officers are uninjured. MN-BCA is on their way to the scene. They will take over all aspects of the investigation,” Minneapolis Police PIO, Jon Elder said.

“It is my understanding that the body cameras were on and operational at the time of the shooting.”

Upon answering questions, Elder stated that the officers were not assigned to a particular precinct but were part of the CRT, Community Response Team.

The officers have been sequestered, Elder said.