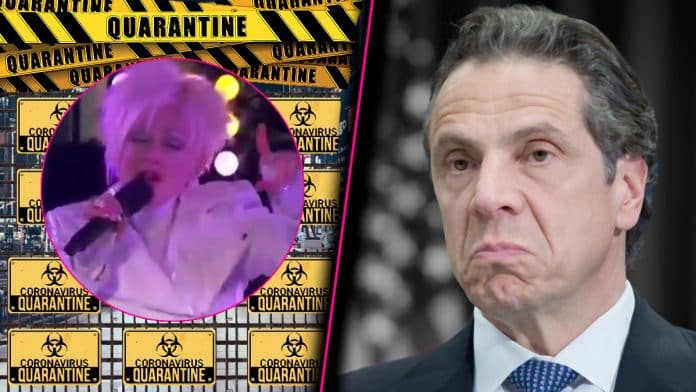 Americans flooded social media milliseconds after Cyndi Lauper was heard howling over the microphone in an apparent ‘attempt to sing’ leaving some ‘mortified’ and ‘thankful’ of the coronavirus closure, Your Content has learned.

“I am phuckin screaming! Cyndi wanted to remind y’all how awful 2020 was for us as a whole,” tweeted MiddleChild.

“My 16-yaer-old is mortified at this performance by Cyndi Lauper,” said a second user.

“Jesus!” Mike frantically tweeted. “I came out of the bedroom and told my wife, “I think a dog just got hit out front?!”

“But then I looked at the T.V., and realized it was just Cyndi Lauper imitating an injured animal!

“Congrats #RockinEve on giving us that final punch in the 2020 gut.”

You know… Cyndi Lauper has caused me to rethink my opinion on prerecorded lip sync tracks for live performances. #NewYearsRockinEve

One brazen user took the tweet to the max, declaring the performance to be the ‘final nail’ on the ‘worst year in history.’

“Cyndi the most shameless display I’ve seen in a while. This is the final nail in coffin of this hell on Earth of a year.” said Nick Matango.