Biden: Vaccine is ‘only way out’ of COVID-19: ‘Everybody has to take it so we can be safe’
B 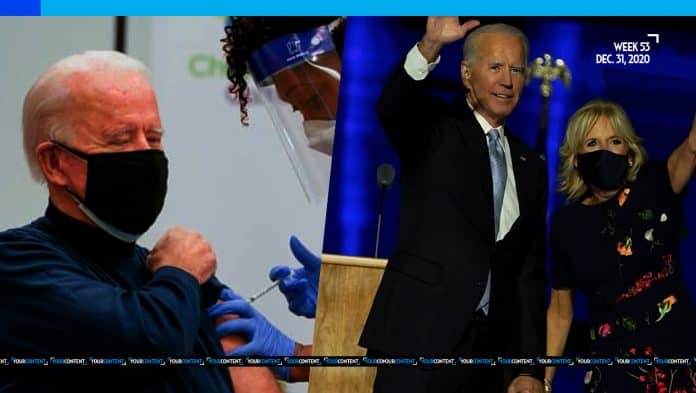 Joe Biden and wife Dr. Jill Biden declared Thursday during a snippet on Dick Clark’s Rockin’ Eve with Ryan Seacrest that coronavirus vaccinations are something ‘everybody has to take’ in order for Americans ‘to be safe,’ Your Content has learned.

“I took it—it doesn’t hurt.” Dr. Jill Biden declared. “I didn’t have any side effects. Everybody has to take it so we can all be safe. Oh you have to take it and it doesn’t hurt I promise as long as everyone takes it.”

President-elect Biden mummered: “Only one way out.”

“Oh you have to take it and it doesn’t hurt,” President-elect Biden responded. “I promise as long as everyone takes it.”

The pop star will performed live before the iconic ball drop on Dec. 31.

Your Content was first to exclusively report on Sept. 23, 2020, city officials bagged tradition due to the coronavirus pandemic, the event was closed to the public.

Lauper and Porter collaborated on the Broadway musical ‘Kinky Boots’ and joined forces for a performance during the TV special.