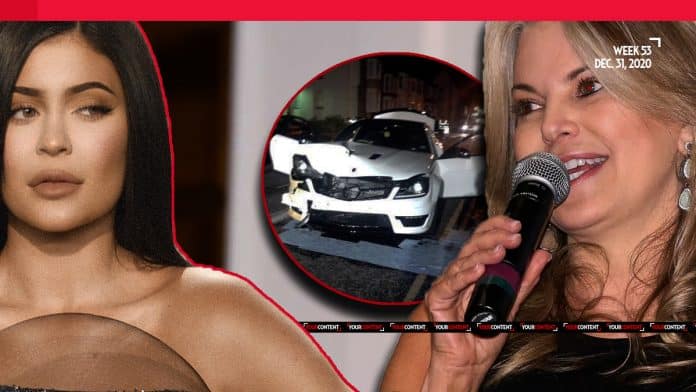 Just when a wealthy woman thought she was off the hook for an accident that took the lives of two boys crossing the street with their parents, the longarm of the law caught up with Rebecca Grossman—ultimately charging the socialite with the fatal hit-and-run, and watchdogs in the elite private California community of Hidden Hills exclusively told Your Content neighborhood newcomers are urged to exercise ‘caution and great care’ when Grossman whizzes by.

Prosecutors allege that on Sept. 29, Grossman drove at excessive speeds on Trinfo Canyon Road in Westlake Village, striking and killing Mark, 11, and Jacob Iskander, 8, who were crossing the street that evening in a marked crosswalk with their parents.

After mercilessly striking the children, Grossman continued driving, eventually stopping about one-quarter mile away from the scene—only when her car engine cutoff.

“A high-profile homeowner made complaints about a white Benz swerving on at-least two occasions,” says a groundskeeper who serves the gated community, but who requested anonymity for fear of unwittingly challenging Hidden Hills’ unofficial omertà.

The staffer told Your Content both instances occurred at night, giving Grossman the ‘upper-hand’ to successfully dodge neighborhood patrol officers.

“There are six full time patrol officers employed by Hidden Hills—but the white Benz is typically long-gone by the time officers arrive.

“There are witnesses this time and she will face justice,” said the staffer, claiming, however, that Los Angeles’ top cop “has reservations about putting her in jail.”

The insider revealed the socialite has been inhaling booze like water over the coronavirus quarantine period—but residents saw it as a ‘phase’ she’d overcome.

Police said one boy was carried 100ft on the hood of the car before the crazed driver braked, at which point he fell off the car and she ran him over again while fleeing the scene.

Investigators said street racing may have been involved and claim Grossman is not cooperating with detectives.

Mourners were seen on Wednesday dropping off flowers and toys near the crosswalk close to the crash site.

Sen Henry Stern wrote in a Facebook post: ‘This is a devastating loss for our community. Two young boys with an entire lifetime ahead of them. Pray for the Iskander family tonight and hold your loved ones close.”

Grossman is part of the prominent Grossman family and along with her husband Peter, founded the Grossman Burn Foundation.

Grossman has accrued numerous honors for her work in human rights, domestic violence prevention and other humanitarian efforts, including the American Heart Assn.’s “Woman of the Year” award in 2007, according to the foundation’s website.