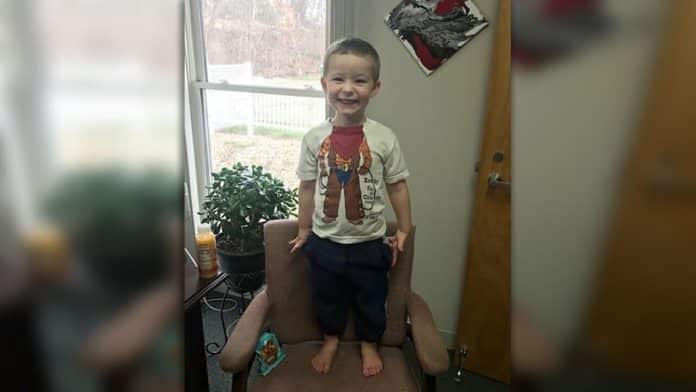 The merciless Ohio mother that ditched her toddler and puppy in a cemetery just before Christmas now faces criminal charges, and Your Content has learned the boy was reunited with his father.

“This week Tony was placed back in the care of his father and reunited with his dog,” said Chief David Centner.

“I spoke with his father this morning and he expressed his appreciation to everyone for their generosity and said Tony is doing very well.

“I want to make it clear that the father was in no way involved with this incident and has been extremely cooperative with HPD and Children Services.”

Chief Centner says the ‘investigation is still open and ongoing’ and noted the mother—who is currently in a mental facility—will face criminal charges upon her release.

“The investigation is still open and ongoing. The mother is the focus of our investigation and is currently in the care of a local medical facility. We are working with the Municipal Law Director as to charges upon her release. I am not releasing her name until the time she is formally charged.”

As Your Content readers know, police were called just before Christmas to Hope Memorial Gardens Cemetery where a witness reported seeing a car speeding away and a little boy “running after the car followed by a dog.”

Police said the boy told authorities his name was Tony and also told them his parents’ first names.