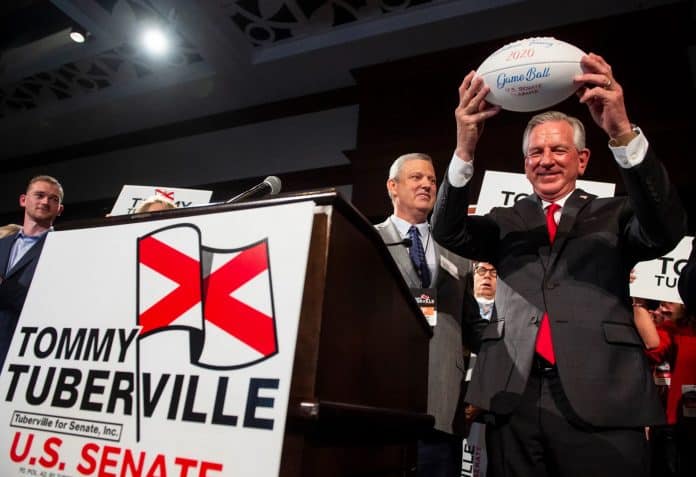 The revolt mirrors Jan. 6, 2016, where one by one, Democratic lawmakers stepped to the microphone, holding on to their letters and an impossible dream: denying the presidency to Donald J. Trump, two weeks before his inauguration.

In fact, then-VP Joe Biden waited until Jan. 6 to tell lawmakers and constituents: ‘It is over.’

Though Biden waited until the tail end of the election process to instruct lawmakers to stand down, through press conferences as early as Nov. 19, 2020, President Trump was scolded for not conceding to President-elect Biden.

“America is a Republic whose leaders are chosen in democratic elections. Those elections, in turn, must comply with the Constitution and with federal and state law.

“When the voters fairly decide an election, pursuant to the rule of law, the losing candidate should acknowledge and respect the legitimacy of that election. And, if the voters choose to elect a new office-holder, our Nation should have a peaceful transfer of power.

“The election of 2020, like the election of 2016, was hard fought and, in many swing states, narrowly decided. The 2020 election, however, featured unprecedented allegations of voter fraud, violations and lax enforcement of election law, and other voting irregularities.

“Voter fraud has posed a persistent challenge in our elections, although its breadth and scope are disputed. By any measure, the allegations of fraud and irregularities in the 2020 election exceed any in our lifetimes.

The House and Senate meet in joint session with the vice-president presiding on January 6.

Each state, in alphabetical order, has its results read, and then one lawmaker from both the House and Senate can come together to challenge that state’s results.

That then kicks off two hours of debate in each house and a vote on whether to uphold the challenge.

In 2017, a handful of Democratic House members protested at Trump’s victory but were overruled by Joe Biden as he presided and got no support from a senator.

At the time Republicans slammed them as bad losers.

The last time a motion was actually successfully made was in 2003, when 30 House Democrats and one senator succeeded in having a debate on the validity of John Kerry’s defeat in Ohio, but lost the vote overwhelmingly, affirming George W. Bush’s victory.