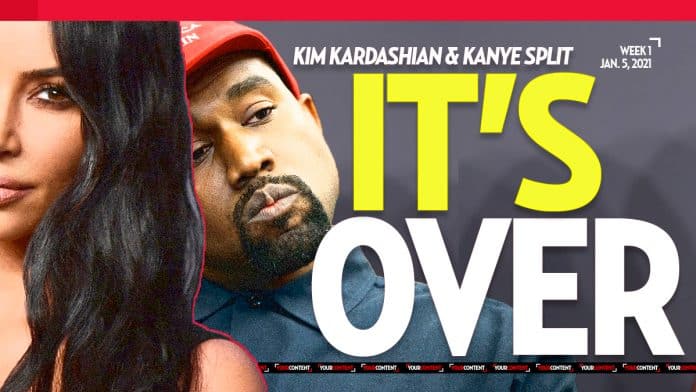 Multiple sources told Page Six that “divorce is imminent” for the Hollywood duo—Kim Kardashian and Kanye West—with Kardashian hiring divorce attorney to the stars, Laura Wasser, Your Content is learning.

Kardashian and West tied the knot in 2014 during a wedding in Italy. They have four children: North, 7, Saint, 5, Chicago, 2, and a one-year-old son, Psalm.

If the Page Six report is true, this would mark Kardashian’s third divorce. She previously was married to basketball player Kris Humphries and music producer Damon Thomas. For the former, Kardashian also used Wasser as her attorney.

“She is serious about taking the bar exam & becoming a lawyer, about her prison reform campaign. Meanwhile, Kanye is saying crazy s–t, and she’s had enough of it,” reported Page Six.

The bombshell report also claims that ‘divorce is imminent’ between the Hollywood power couple, who have been leading separate lives over the past year, with the rapper based at his $14 million ranch in Wyoming.

Representatives for Kim Kardashian and Kanye West were not available for comment when asked by Your Content.

As Your Content readers know, West also called momager Kris Jenner “Kris Jong-Un” and claimed that the Kardashians were trying to force him into psychiatric treatment.

Then Kanye reluctantly showed up for Kim’s ridiculously extravagant $1 million-plus 40th birthday in Tahiti last October for just one day.

It comes after a particularly turbulent year for the couple and one in which an increasingly erratic Kanye launched his failed bid for the US presidency amid what was claimed to be another bipolar episode.

And it’s not gone unnoticed that Kanye featured in none of the Kardashian Christmas photos.

The hip hop star hasn’t been active on Twitter since the November presidential election and has only been photographed a handful of times in recent weeks -without Kim – driving around Calabasas, where he has an office.