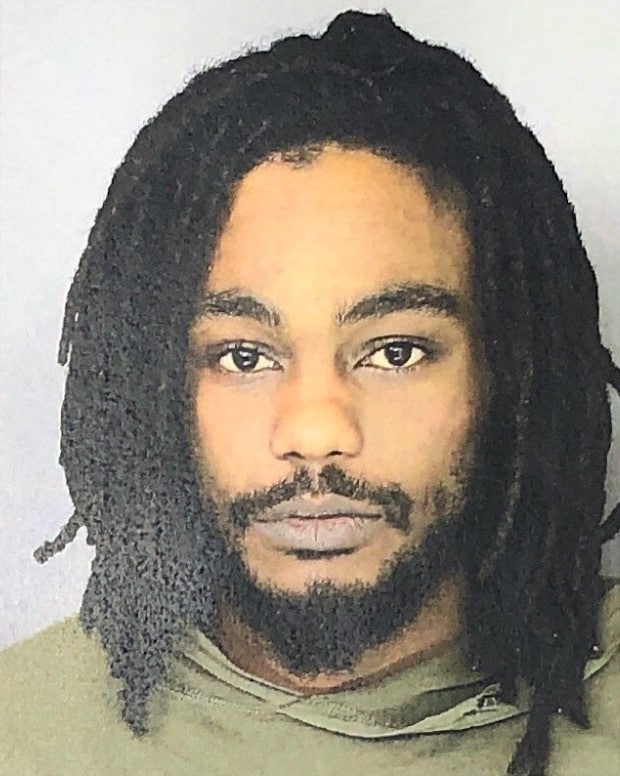 Authorities in Delaware County captured a violent fugitive who plotted to kill his pregnant girlfriend, Your Content has learned.

Delco DA Jack Stollsteimer today announced the arrest of Demont Hodo, 29, of Harrisburg, PA, on firearms and drug charges. At the time of his arrest, the defendant had an outstanding warrant for his arrest on charges of first and second degree assault and the attempted murder of his girlfriend, Kwanzaa Adams, in Maryland on December 13, 2020. At the time of the alleged assault, Adams was pregnant with the defendant’s child.

“The defendant was armed, and he was dangerous and he was wanted in Maryland on charges resulting from a vicious assault on his pregnant girlfriend. I want to commend all the officers of the Criminal Investigation Division Narcotics Task Force, including Det. Sean Brydges, Det. Jerry Scanlan, Lt. John Hamil and Officers Judge and K9 Zork, of the Ridley Township Police Department, Detectives from the Criminal Investigation Division, officers of the Chester Police Dept, Sharon Hill Police Dept. Folcroft Police and Agents from the Philadelphia Division of the Drug Enforcement Agency and FBI each of whom made an important contribution to the apprehension of the defendant. This arrest exemplifies what can be accomplished through terrific coordination and cooperation among law enforcement agencies. A dangerous defendant was safely taken off our streets, with no loss of life. On behalf of the residents of Delaware County, I want to say thank you,” said District Attorney Stollsteimer.

Acting on anonymous information regarding the defendant, the Ridley Township Police Department and assisting agencies set up surveillance at the Home Depot located in the Folsom section of Ridley Township. Upon spotting the defendant in the parking lot in his rental car, officers ordered the defendant to exit the vehicle, and it was determined that he had a loaded Black Taurus 9mm handgun in his waistband. Additional rounds of ammunition were also seized.

A search of the defendant’s criminal history revealed that he had pled guilty to felonies in 2010 and 2013 and, as a convicted felon, he was not permitted to possess a firearm.

The defendant is being held at the George Hill Correctional Facility. Bail has been set at $250,000 cash. An arrest or criminal complaint is an accusation. A defendant is presumed innocent unless and until proven guilty.