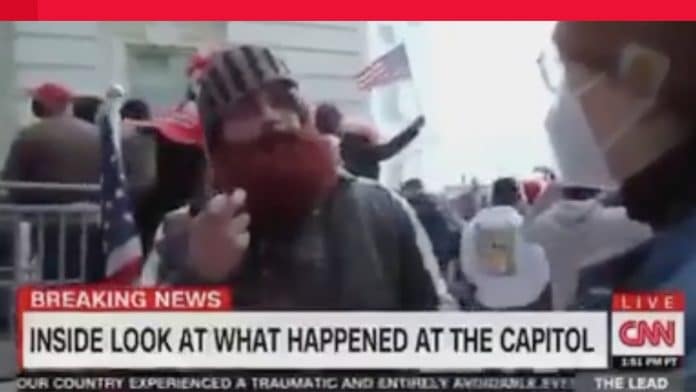 A man who wound up in the U.S. Capitol says police greeted him with open arms, confirming a room ‘full of weed’ which resembled the scene out of a Hollywood comedy was perhaps the oddest moment amid the chaos at the Capitol, Your Content has learned.

“I walked in and there’s a bunch of people laying up in some Oregon room, they were smoking a bunch of weed in there.” the brazen man told CNN.

From there he journeyed to a nearby corridor where police greeted the group.

“Then we moved it down—so many statues. Cops were very cool—they’re like: ‘Hey guys have a good night,’” the man continued. “Well, some of them, which is crazy.

The man told the outlet police greeted him when he was welcomed in and during his journey out.

“The cops were very cool, they’re like: ‘Hey guys have a good night.’ Some of them, which is crazy.

“It’s really weird. You could see that some of them are on our side.”