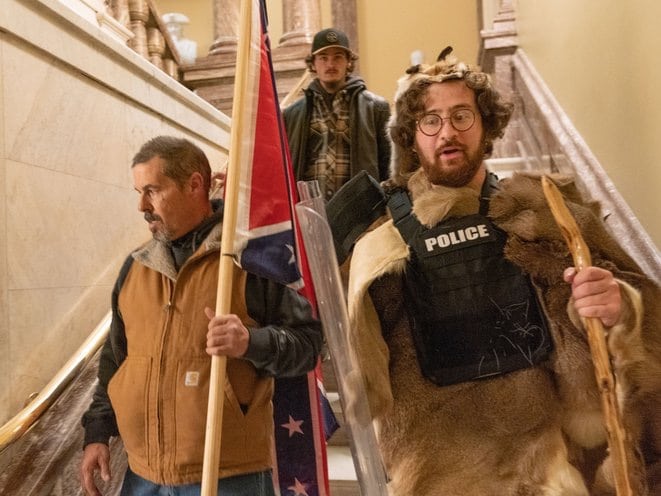 The man with the ancient fur hat has been identified as the son of a prominent New York City judge, Your Content has learned.

Aaron Mostofsky, who told the Post Wednesday he’d come to protest a “stolen election,” was holding a police riot shield as a mob of rioters swarmed the building Wednesday.

Mostofsky is the son of Shlomo Mostofsky, a prominent figure in the Orthodox Jewish community, elected to the court last January, according to Gothamist, the Post revealed.