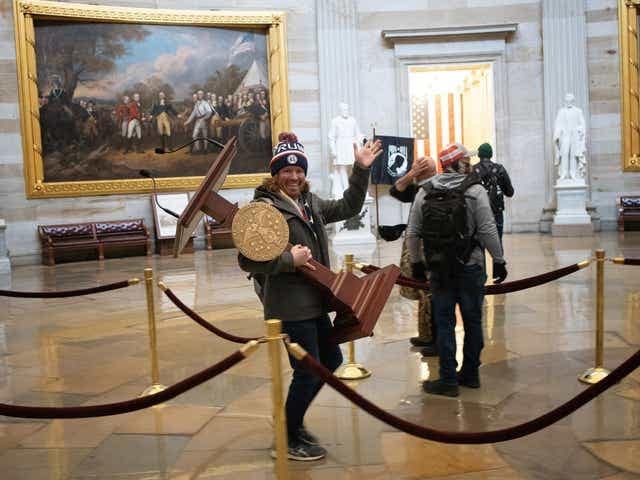 The FBI is searching for the Florida man identified in a viral photo showing him carrying U.S. Speaker of the House Nancy Pelosi’s lectern as he marauded through the U.S. Capitol during Wednesday’s riot by supporters of President Donald Trump.

Adam Christian Johnson, a 36-year-old man from Parrish, near Bradenton in Manatee County, was promptly identified on social media by many Manatee residents on Wednesday, as the photo captured by chief Getty Images photographer Win McNamee quickly circulated on social media. Some also identified him in tips sent to the FBI.

Johnson was not among the 13 identified by the U.S. Department of Justice on Friday as suspects and who have been charged in federal court for their alleged roles in the riot. Complaints have been filed against others, but those remain under seal.