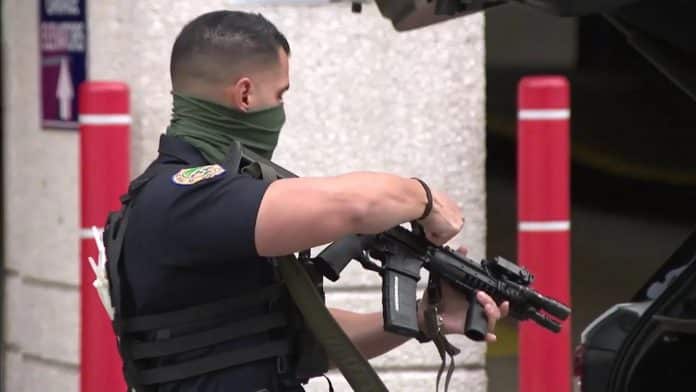 Officers surrounded Jackson Memorial Hospital on Friday afternoon after an inmate who was wearing a hospital gown attempted to escape, Your Content is learning.

Jermaine Henderson, 39, was taking a shower before scheduled surgery when he escaped through the ceiling of the bathroom, police said. He stole a janitorial uniform and walked out of a facility barefoot, reports Tampa 10.

Henderson was in police custody on several charges, including fleeing and eluding, reckless driving and possession of a controlled substance. In the past, he has also faced charges that include armed robbery, aggravated assault and battery on an officer, WSVN revealed.

According to police, Henderson was in the bathroom in a secure area of the hospital wearing a gown. Somehow, he escaped through the ceiling and left the property.