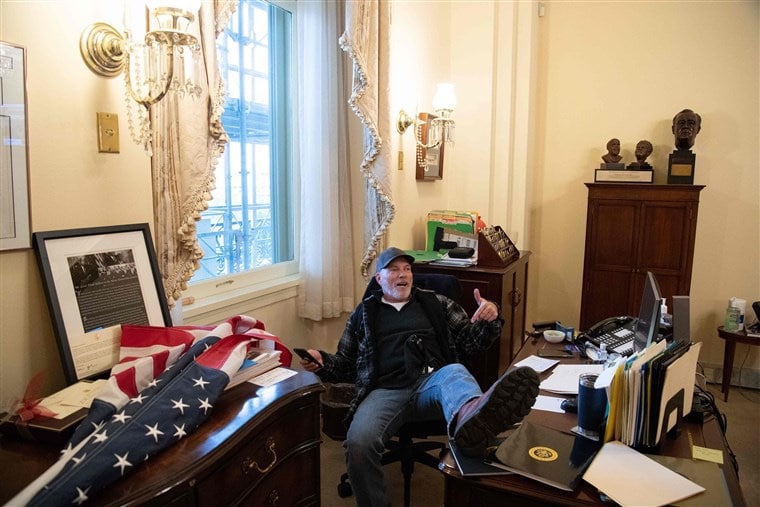 The Department of Justice has arrested the man who put his feet up on Nancy Pelosi’s desk and a man who brought 11 Molotov cocktails, two handguns and an assault rifle to the Capitol on Wednesday, Your Content has learned.

The DoJ announced on a call with reporters on Friday afternoon that 15 people had been charged including Richard Barnett, 60.

Barnett was charged with unlawful entry. He was taken into custody at his home in Little Rock, Arkansas.

An Oklahoma man was arrested for breaking into the U.S. Capitol on Jan. 6 only to guzzle down Nancy Pelosi’s private beer stash.
Read more
CHAOS AT CAPITOL

The lady told a ‘romantic partner’ that she planned to sell Pelosi’s posh laptop to Russian intelligence.
Read more
CHAOS AT CAPITOL

Pennsylvania Man Arrested by FBI for Chaos at the Capitol

Another Pennsylvania man has been arrested for taking part in the Capitol riots on Jan. 6.
Read more