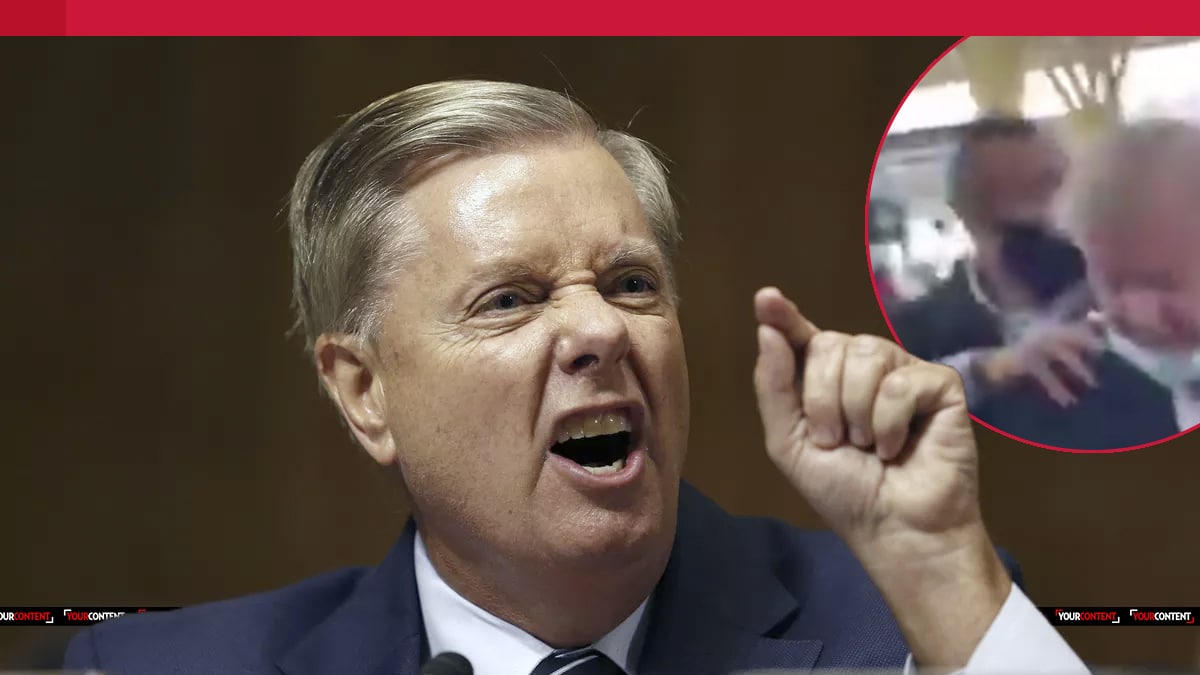 MASKS OFF! Lindsay Graham RUSHED out of airport after calm group approached lawmaker

Lindsay Graham was rushed out of an airport terminal by police after a group of people approached the lawmaker Wednesday, Your Content has learned.

“I am allowed to speak. Lindsay, you’re live on YouTube, can you make a statement to the American people?” says the man.

Escorted by two uniformed police officers and three undercover agents, Lindsay was ushered out of the area.

“You think this is funny?” the man continues.

The group of police quickly grew to a dozen.