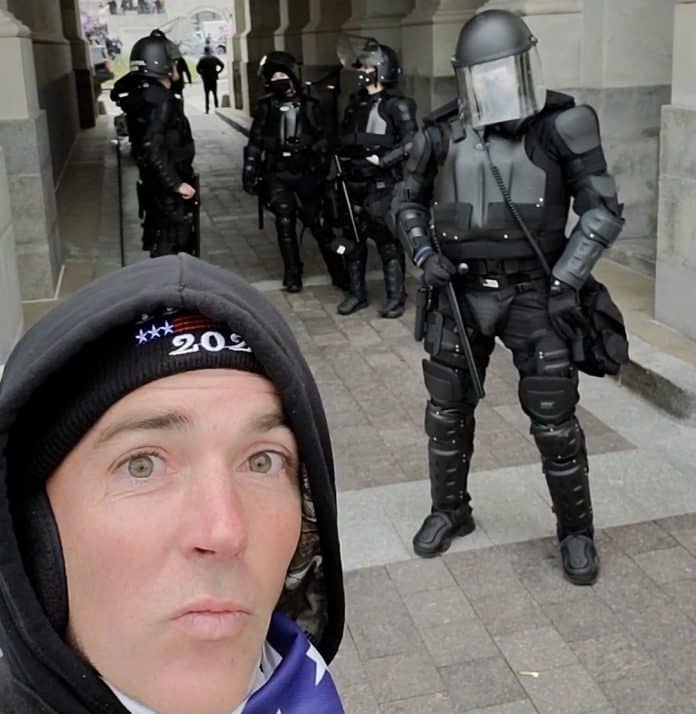 Thirsty for revenge—people flocked to social media after the chaotic scene at the U.S. Capitol on Jan. 6 to accuse a Your Content correspondent of entering the premises.

“Jonathan Riches was on assignment in D.C. covering the protests that were arguably hijacked by an angry mob,” Your Content Chief Communications Officer Anthony Loro said. “Mr. Riches did not enter the Capitol, nor did any other representatives of Your Content.”

Your Content provided agents from the FBI with photographs and video footage taken at the scene on Jan. 6, as requested by several government agencies.

“It is dangerous and foolish to accuse someone of entering the Capitol for clicks.” added Loro.

Throughout the past two years, Jonathan Riches has gone undercover disguised as Antifa to slip into groups and document their rampant moves for the public—and at all times, Riches performed his duties in full accordance with local, state and federal law.

In fact, the United States Secret Service used material obtained by Jonathan Riches while on assignment for Your Content to arrest sworn Antifa members over the summer.

FBI agents and Park Police officers nabbed Jason Charter at his home Thursday morning in a joint operation between their departments and charged him with destruction of federal property, Fox News previously reported.