FBI pays visit to rapper Bryson Gray for being a Republican: ‘They want us locked up’
F 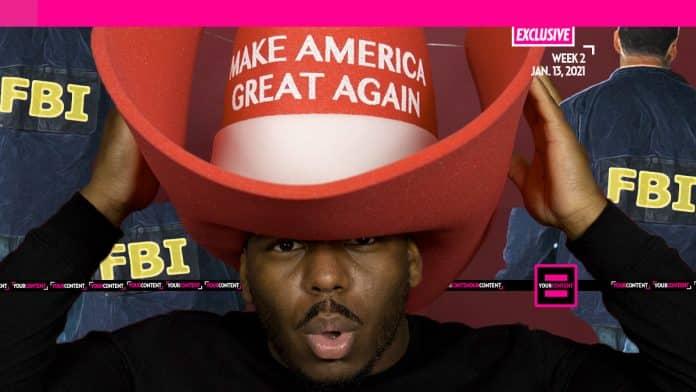 Rapper Bryson Gray—who is best known for starting the #MAGAChallenge on Twitter in September 2019—is outraged after agents from the Federal Bureau of Investigation visited him at home for being a Republican, the songwriter told Your Content.

“People are literally calling the police on popular trump supporters calling us terrorist with no evidence. FBI have to follow up once they receive a certain amount of calls,” Bryson declared.

“They just left my house. The left hates us. They want us locked up. It’s disgusting.”

His most popular video titled, “Trump Is Your President” has received over 300,000 views on YouTube.

Dasha Pruett, a candidate for the U.S. Senate in 2020, told Your Content the move eerily resembles what ignited the Russian Revolution of 1916—commencing with the abolition of the monarchy in 1917 and concluding in 1923 with the Bolshevik establishment of the Soviet Union at the end of the Civil War.

“If you support President Trump you become part of the cancel culture. You can’t fly, you can’t work—this is going to be the Holocaust of the Conservative Patriots.” Pruett told Your Content.

“It would be equivalent as to the 1916 Revolution where they went to anybody with nobility and literally found a reason to either imprison or kill them because they were not following the Bolshevik Community Party.”

Bolshevist were a radical, far-left, and revolutionary Marxist faction, and Pruett told Your Content that children, neighbors or friends would report anyone not following the Bolshevik movement ‘because they believed those people should follow’ the rules.

“Neighbors or friends would report them because they believed those people should follow the Bolshevik Party and the Bolsheviks would come, drum up the most ridiculous charges and hang them in the public square or imprison them.” said Pruett. “The tipsters were hailed as Patriotic Heroes.”

A spokesperson for North Carolina Governor Roy Cooper and Attorney General Josh Stein directed requests for comment from Your Content to the Federal Bureau of Investigation, who declined to comment.