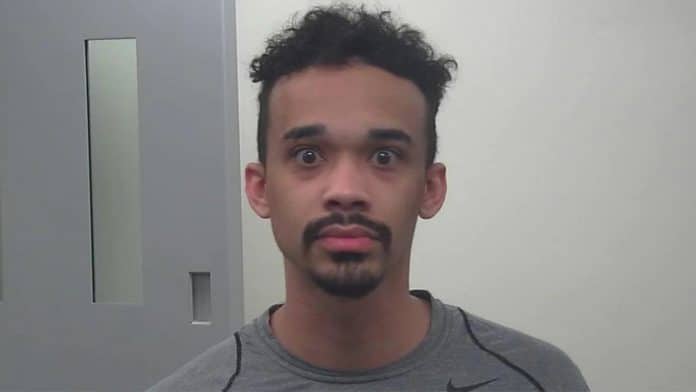 A Left wing activist who told Fox News and Your Content that he was just there to ‘document’ the chaos at the Capitol was arrested for his deep involvement in the Capitol riot, Your Content has learned.

Utah-native John Sullivan, 26, caught the eye of federal agents after he reportedly shopped exclusive videos capturing in-depth walkthroughs of the riot to networks—offering them groundbreaking footage from the situation from beginning to end.

John Sullivan can allegedly be heard egging on protesters in video he provided to the FBI, according to a federal criminal complaint. He has also shared the video to his YouTube and Twitter accounts under the pseudonym Jayden X.

‘Jayden’ provided Your Content with ‘exclusive videos depicting the riots,’ raising eyebrows in the newsroom as to the methods used to obtain the video footage … and when we asked how he got it, the conman told Your Content he was a ‘journalist covering the event for members of the media to dissect the footage for themselves.’

Your Content was contacted by agents of the FBI after initially breaking the story—and it was made known the man was no journalist—but a fraud.

He was arrested by the FBI and remains in custody in Toeele County, in his home state of Utah, on a U.S. Marshals Service hold request.

The federal indictment–available for readers below–says 26-year-old Sullivan is the leader of an organization called Insurgence USA through which he organizes protests.

__
An updated version will be made available shortly.