23 People Dead in Norway Due to COVID-19 Pfizer Vaccine, 10 Other Suspected Deaths in Germany
2 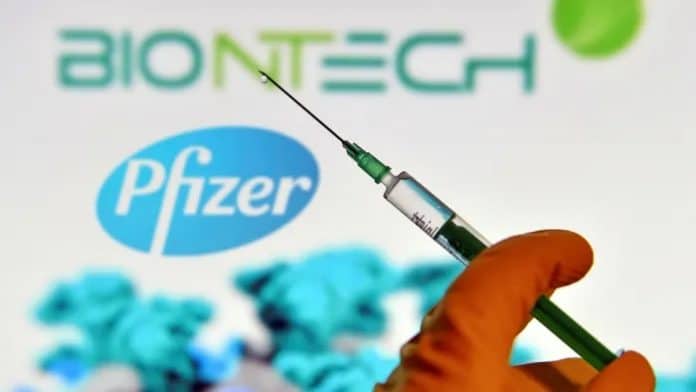 Nearly two dozen Norwegians have died as a result of the Pfizer COVID-19 vaccine, Your Content has learned.

Common reactions to the vaccine, including fever and nausea, “may have contributed to a fatal outcome in some frail patients,” Sigurd Hortemo, Chief Physician at the Norwegian Medicines Agency, said in a Friday statement.

“All deaths that occur within the first few days of vaccination are carefully assessed. We cannot rule out that adverse reactions to the vaccine occurring within the first days following vaccination (such as fever and nausea) may contribute to more serious course and fatal outcome in patients with severe underlying disease.” Norwegian Medicines Agency and the National Institute of Public Health said.

Many of whom were nursing home patients and at least 80 years old. While officials aren’t expressing serious concern, they are adjusting their guidance on who should receive the vaccine.

“As of 14 January, 23 reports of suspected deaths have been submitted to the Norwegian ADR health registry. The figures in the published report include the thirteen reports that have been assessed by the Norwegian Medicines Agency and the National Institute of Public Health. Several reports of suspected adverse reactions are received on a daily basis and are continuously assessed.”

“The Norwegian Medicines Agency and the National Institute of Public Health jointly assess all reports of suspected adverse reactions,” the agency continued.

“As a result, the Norwegian Institute of Public Health has updated the COVID-19 vaccination guide with more detailed advice on vaccinating the elderly who are frail.”

“It may be a coincidence, but we aren’t sure,” Steinar Madsen, medical director of the Norwegian Medicines Agency (NOMA), told The BMJ. “There is no certain connection between these deaths and the vaccine.”

In a statement, Pfizer said, “Pfizer and BioNTech are aware of reported deaths following administration of BNT162b2. We are working with NOMA to gather all the relevant information, The BMJ reports.

“Norwegian authorities have prioritised the immunisation of residents in nursing homes, most of whom are very elderly with underlying medical conditions and some of whom are terminally ill. NOMA confirm the number of incidents so far is not alarming, and in line with expectations. All reported deaths will be thoroughly evaluated by NOMA to determine if these incidents are related to the vaccine. The Norwegian government will also consider adjusting their vaccination instructions to take the patients’ health into more consideration.

“Our immediate thoughts are with the bereaved families.”

The deceased were aged between 79 to 93, all with antecedent diseases. The time between vaccination and death ranged from several hours to four days, according to foreign reports.

“Until yesterday we had nine cases; we have to wait for the data from Lower Saxony [about another alleged case], then there will be 10. We are talking about patients in extremely grave condition, with multiple diseases, who were receiving palliative treatment. I have already said that we are studying these cases … Based on our current data we assume they died from their main diseases, coinciding in time with the vaccination,” Keller-Stanislawski said at a news conference.