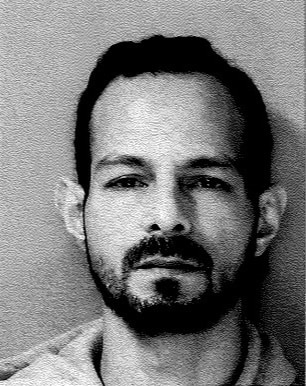 Child rapist Manuel Molina has been arrested for allegedly raping a young teenage girl over the summer, Your Content has learned.

District Attorney Jack Stollsteimer announced today that Manuel Molina, 40, of Aston, has been charged with the Rape of a Child, Involuntary Deviate Sexual Intercourse with a Child, Aggravated Indecent Assault, Statutory Sexual Assault, Child Pornography, and related charges, all felonies, involving a female victim from the time she was five years old and continuing until she was 14 years old.

“This is a horrific, nearly decade-long case of abuse, starting with a child in kindergarten. The physical abuse was accompanied by the all-too-common psychological abuse – a five-year-old child was told not to “tell”, or she risked harm to her mother,” said DA Stollsteimer. He added that “we applaud the victim for having the courage to step forward. I know I speak for everyone on this case when I say that we will do everything in our power to achieve the justice to which she is entitled.”

In late summer 2020 a member of the District Attorney’s Child Abuse and Exploitation Task Force received a report of sexual assault of a child. In response, on September 4, 2020 Criminal Investigation Division Detective Mark Bucci conducted an interview with the victim.

The victim was able to provide law enforcement with a description of the defendant’s conduct, which escalated over time.

Starting when the victim was approximately nine years old, the defendant began to photograph and record her. A search warrant was obtained for the defendant’s digital devices. Forensic analysis of those devices corroborated the victim’s account of the defendant’s actions.

“In September 2020 my office announced the creation of the Child Abuse and Exploitation Task Force precisely because of cases such as this one. Through the work of the Task Force, we have been able to bring the specialized resources and training to the challenges presented by this difficult work. Our victims deserve nothing less”, said Stollsteimer.

“I want to thank the members of the Task Force, Detective Bucci, and Assistant District Attorney Chris Boggs, Chief of the Special Victims Unit, for their work on this case. I also want to express our deep appreciation to the staff of the Child Advocacy Center, whose support for victims is critical to our efforts to pursue these difficult cases,” said Stollsteimer.

The defendant is being held at George W. Hill Correctional Facility. Bail was set at $450,000 (10%). A preliminary hearing is scheduled for January 25, 2021 in front of Judge Jack Lippart.