All U.S. Federal Prisons Under Lockdown to ‘Prepare for Inauguration Day’
A 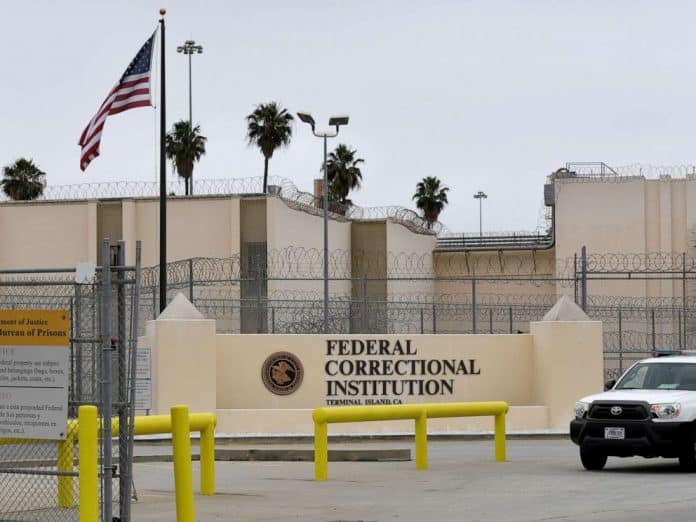 All federal prisons in the United States have been placed on lockdown, with officials aiming to quell any potential violence that could arise behind bars as law enforcement prepares for potentially violent protests across the country in the run-up to President-elect Joe Biden’s inauguration on Wednesday, Your Content has learned.

The lockdown at more than 120 federal Bureau of Prisons facilities took effect at 12 a.m. Saturday, according to an email to employees from the president of the union representing federal correctional officers.

“In light of current events occurring around the country, and out of an abundance of caution, the decision has been made to secure all institutions,” the Bureau of Prisons said in a statement.

The lockdown decision is precautionary, no specific information led to it and it is not in response to any significant events occurring inside facilities, the bureau said.

To avoid backlash from inmates, the lockdown was not announced until after they were locked in their cells Friday evening.

Shane Fausey, the president of the Council of Prison Locals, wrote in his email to staff that inmates should still be given access in small groups to showers, phones and email and can still be involved in preparing food and performing basic maintenance.

Messages seeking comment were left with Fausey on Saturday.

The agency last put in place a nationwide lockdown in April to combat the spread of the coronavirus.

During a lockdown, inmates are kept in their cells most of the day and visiting is canceled. Because of coronavirus, social visits only resumed in October, but many facilities have canceled them again as infections spiked.

One reason for the new nationwide lockdown is that the bureau is moving some of its Special Operations Response Teams from prison facilities to Washington, D.C., to bolster security after President Donald Trump’s supporters stormed the U.S. Capitol on Jan. 6. Authorities are concerned there could be more violence, not only in the nation’s capital, but also at state capitals, before Trump leaves office Jan. 20.

A Bureau of Prisons spokesman said the agency was coordinating with officials at the Justice Department to be ready to deploy as needed. Earlier this month, about 100 officers were sent to the Justice Department’s headquarters to supplement security staff and were deputized by the U.S. Marshals Service and given special legal powers to “enforce federal criminal statutes and protect federal property and personnel,” said the spokesman, Justin Long.

The specialized units typically respond to disturbances and other emergencies at prisons, such as riots, assaults, escapes and escape attempts, and hostage situations. Their absence can leave gaps in a prison’s emergency response and put remaining staff at risk.

“The things that happen outside the walls could affect those working behind the walls,” Aaron McGlothin, a local union president at a federal prison in California.

As the pandemic continues to menace federal inmates and staff, a federal lockup in Mendota, California, is also dealing with a possible case of tuberculosis.

According to an email to staff Friday, an inmate at the medium-security facility has been placed in a negative pressure room after returning a positive skin test and an X-ray that indicated an active case of tuberculosis.

The inmate was not showing symptoms of the lung disease and is undergoing further testing to confirm a diagnosis, the email said.

As a precaution, all other inmates on the affected inmate’s unit were placed on quarantine status and given skin tests for tuberculosis.

The bacterial disease is spread similarly to COVID-19, through droplets that an infected person expels by coughing, sneezing or through other activities such as singing and talking.

As of Wednesday, the last day for which data was available, there were 4,718 federal inmates and 2,049 Bureau of Prisons staff members with current positive tests for COVID-19.

Since the first case was reported in March, 38,535 inmates and 3,553 staff have recovered from the virus. So far, 190 federal inmates and 3 staff members have died.

Copyright 2021 The Associated Press. All rights reserved. This material may not be published, broadcast, rewritten or redistributed.