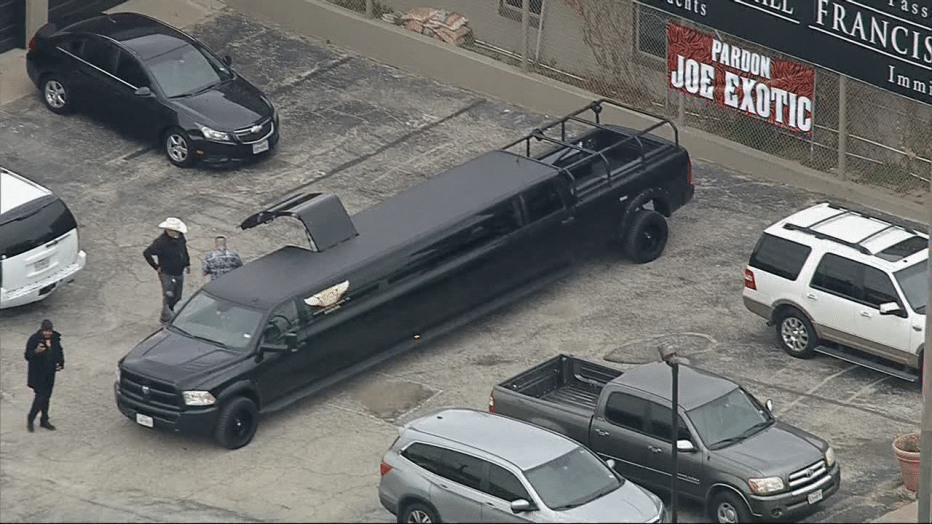 Joseph Maldonado-Passage, aka Joe Exotic, is expecting a presidential pardon from Donald Trump, according to a limo spotting by Texas-based media outlets, Your Content has learned.

SKY4 spotted the limo he booked to pick himself up from a prison in Tarrant County parked outside of his attorney’s office on Tuesday afternoon in Fort Worth. His legal team also said Exotic, if pardoned, would get properly dressed and styled before speaking publicly, FOX 7 reports.

Rudy Giuliani has a copy of Hunter Biden’s laptop, FBI didn’t want to have it, son says

Rudy Giuliani’s son, Andrew, confirmed that his father owns a laptop that once belonged to Hunter Biden.

The political establishment is in utter shock after former Pres. Donald Trump hinted he might run again in 2024.

Any members of the National Guard are welcome to stay at Trump Hotel in D.C., the former president revealed.