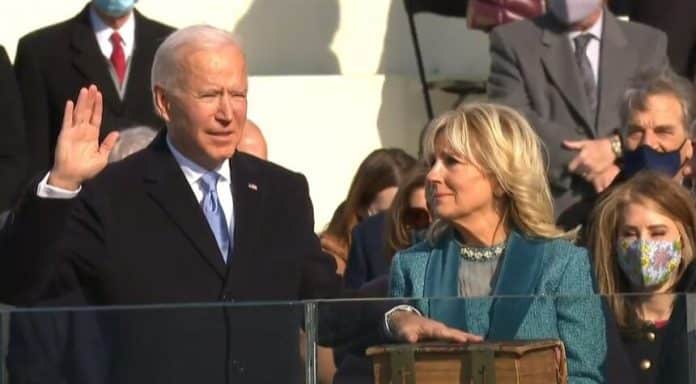 President Joe Biden ignited a social media firestorm immediately after taking the oath of office on Wednesday for forgetting to say ‘the’ before ‘office’, Your Content has learned.

“Oh god Biden forgot to say ‘the’ in the oath,” said Alex Burley.

“Republicans are gonna use this as further evidence that he’s an illegitimate president aren’t they?”

Max Charbonneau says the president must retake the oath for it to be valid.

“Biden probably has to do the oath again because he forgot he already took it,” tweeted Charbonneau.

Rakesh Leeloti also insists Biden must retake the oath due to the minuscule error.

“Joe Biden forgot to add ‘The’ before Office he must take oath again in the White House.” Leeloti tweeted.