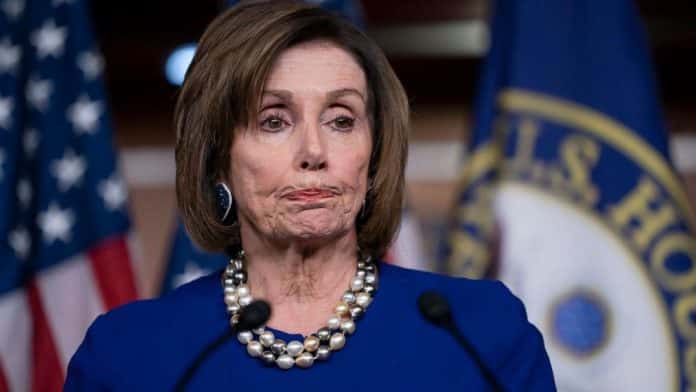 An Oklahoma man was arrested for breaking into the U.S. Capitol on Jan. 6 only to guzzle down Nancy Pelosi’s private beer stash, charging documents obtained by Your Content reveals.

According to charging documents, Andrew Erikson live-streamed the chaotic scene at the Capitol, taking selfies of himself drinking alcoholic beverages furnished by the speaker.

“During the livestream, Witness 1 also saw Ericson enter what Witness 1 thinks is Nancy Pelosi’s office and take what appeared to be a beer out of a refrigerator in an office,” the charging documents reveal.

As Your Content readers know, a second man who wound up in the U.S. Capitol said police greeted him with open arms, confirming a room ‘full of weed’ which resembled the scene out of a Hollywood comedy was perhaps the oddest moment amid the chaos at the Capitol

The FBI began investigating Ericson after a witness sent screengrabs or photos of Ericson’s Snapchat account that showed him inside the Capitol during the Jan. 6 invasion to U.S. Attorney Trent Shores in Tulsa, according to an FBI agent’s affidavit. Investigators were able to determine the photographs of Ericson, including one in which he had his feet propped up on a conference room table, were taken inside the House speaker’s conference room, the affidavit states, reports the Houston Chronicle.