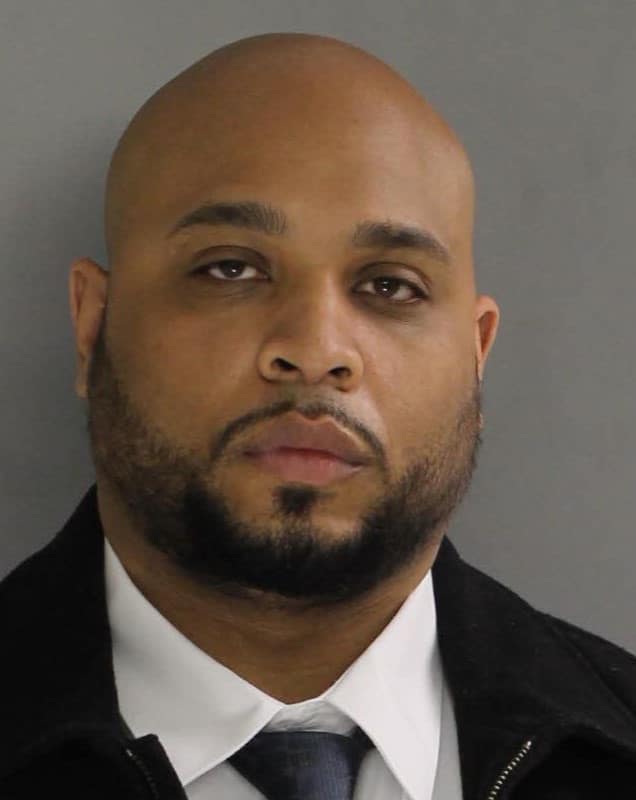 A suburban Philadelphia elementary school security guard was arrested and charged with institutional sexual assault, Your Content has learned.

District Attorney Jack Stollsteimer announced today that L’Toray Hill, 35, a security guard with the Penn Wood School District, has been charged with Institutional Sexual Assault and related charges resulting from conduct beginning when the victim was a third-grade student at Walnut Street Elementary School and culminating in a sexual relationship when she was 16 years old.

“The perpetrator used his position of authority to exploit the vulnerabilities of a young child. Over the years, he manipulated and abused this victim psychologically as well as physically. We deeply appreciate her willingness to step forward and share her story. In doing so, we hope that she has protected other potential victims from the actions of this defendant,” said Stollsteimer.

Sergeant Robin Clark and Detective Mark Bucci of the Child Abuse and Exploitation Task Force interviewed the victim in November 2020.

The victim reported that she met the defendant when she was eight years old and a student at Walnut Street Elementary School, where the defendant was employed as a security guard.

She stated that the defendant took a special interest in her and she thought of him as a father figure.

As the victim matured, the defendant’s comments became more frequent and more salacious. The defendant maintained contact with the victim as she graduated to middle school and, when she was 14, he gave her an unsolicited kiss.

The victim turned 16 in June 2017 and his behaviors became more aggressive, and culminated in the initiation of a sexual relationship that continued until November 2018.

“This is the third case this month that our office has investigated – a heartbreaking indication of the challenges faced by many of our children,” said DA Stollsteimer. “We are incredibly grateful to all of the members of the Child Abuse and Exploitation Task Force who bring their special skill and training to bear in each one of these difficult cases. Delaware County is fortunate to
have such a dedicated group of public servants.