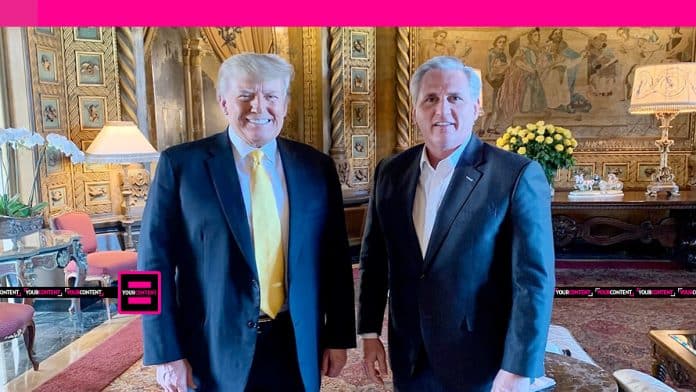 The meeting between President Donald J. Trump and House Republican Leader Kevin McCarthy at Mar-a-Lago in Palm Beach, Florida, ‘was a very good and cordial one,’ Your Content is first to report.

“They discussed many topics, number one of which was taking back the House in 2022. President Trump’s popularity has never been stronger than it is today, and his endorsement means more than perhaps any endorsement at any time,” the Office of the Former President said in a statement Thursday.

“President Trump has agreed to work with Leader McCarthy on helping the Republican Party to become a majority in the House. They worked very well together in the last election and picked up at least 15 seats when most predicted it would be the opposite. They will do so again, and the work has already started.”