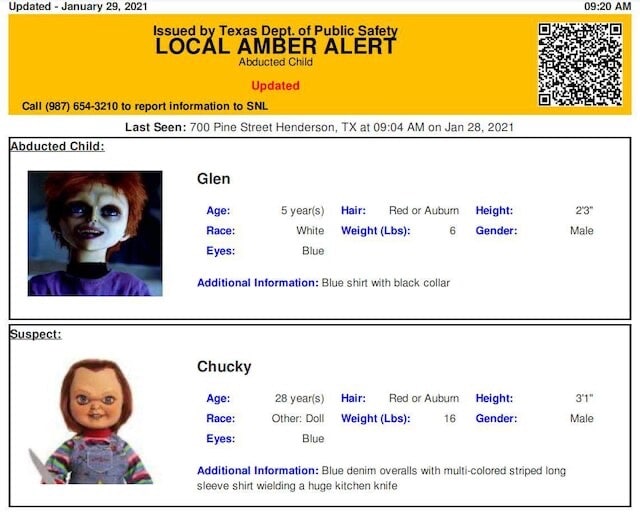 The Texas Department of Public Safety issued an Amber Alert Friday that featured two movie characters: Glen Ray and Chucky from the “Child’s Play” horror film series, and Your Content has learned it was a false alarm.

“Thank you for contacting us. This was actually a test we were running on a dev server and it accidentally went out,” Ruben Medina of DPS wrote to KPRC 2. “We appreciate you reaching out to us to verify this. We do apologize for this inconvenience (to) you.”

AMBER stands for America’s Missing: Broadcast Emergency Response. The acronym was created to remember Amber Hagerman, who was kidnapped at 9 years old while riding her bicycle in Arlington, Texas, and then murdered.