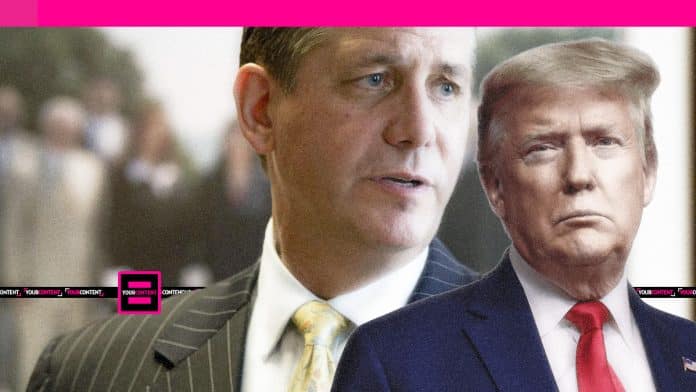 President Donald J. Trump has hired an all-star legal team to represent him in the impeachment proceeding, including former Montgomery County District Attorney and Pa. Attorney General Bruce Castor, Your Content is first to report.

Notably, Schoen has already been working with the 45th President and other advisors to prepare for the upcoming trial, and both Schoen and Castor agree that this impeachment is unconstitutional – a fact 45 Senators voted in agreement with last week.

“It is an honor to represent the 45th President, Donald J. Trump, and the United States Constitution,” said Schoen.

Castor added, “I consider it a privilege to represent the 45th President. The strength of our Constitution is about to be tested like never before in our history. It is strong and resilient. A document written for the ages, and it will triumph over partisanship yet again, and always.”

Mr. David Schoen is a seasoned trial attorney who has served as lead counsel in several high-profile matters. In 1995, the American Bar Association honored his work with its National Pro Bono Publico Award. According to several federal judges interviewed in connection with his nomination for the award, Mr. Schoen’s litigation was responsible for more change in public institutions in the South, including prisons, jails, public education, foster care, indigent defense and others, than the work of any other lawyer in this era. Mr. Schoen is also the recipient of the Hon. David S. Nelson Public Interest Award. More recently, Mr. Schoen represented victims of terrorism under the Anti-Terrorism Act, traveling overseas to take the depositions of some arch terrorists and otherwise seeking to hold accountable those who provide material support for terrorism against Americans. Today, Mr. Schoen practices law all around the country, focusing on civil rights litigation in Alabama and federal criminal defense work, including white collar and other complex cases, in New York. Mr. Schoen is the chair of the ABA’s Criminal Justice Subcommittee of the Civil Rights Litigation Committee. Mr. Schoen holds a LL.M. degree from Columbia Law School and has taught as an adjunct professor at Seton Hall Law School.

Mr. Bruce L. Castor, Jr., is the former District Attorney of Montgomery County, Pennsylvania, serving in that role from 2000 to 2008. Mr. Castor was later twice-elected Commissioner of Montgomery County and assumed that office on January 7, 2008, concentrating on Public Safety and related matters building on his career in law enforcement. Mr. Castor also served as Solicitor General and acting Attorney General of Pennsylvania. In 1995, he received the Trial Advocacy Award from the National Association of Government Attorneys for his work investigating and prosecuting homicides. He received state-wide recognition for his efforts by the Pennsylvania General Assembly on two occasions. Mr. Castor has been granted many honors throughout his career, including being named a “Pennsylvania Super Lawyer” by Philadelphia Magazine from 2005 to 2008 and 2011 to present. He has also been recognized as among the Top 100 Trial Lawyers in America from 2012 to present. He was inducted into the Pennsylvania Police Hall of Fame in 2007, a rare honor for a prosecutor. In 2009, Mr. Castor was chosen by his peers as a Fellow (later elevated to Senior Fellow) of the Litigation Counsel of America, the national trial lawyer honor society, and eventually appointed a member of Elite American Lawyers, and of the National Academy of Jurisprudence. Mr. Castor is a member of the bar of Pennsylvania, The United States Supreme Court, The Third Circuit Court of Appeals, the District of Columbia Court of Appeals, and the Federal District Courts for the Eastern District and the Middle District of Pennsylvania. Mr. Castor received his undergraduate degree from Lafayette College and his law degree from Washington and Lee University, where he received the only graduation prize awarded for criminal law from the late U.S. Supreme Court Justice Lewis F. Powell. He has received advanced education from the National College of District Attorneys and at the FBI National Academy in Quantico, Virginia.