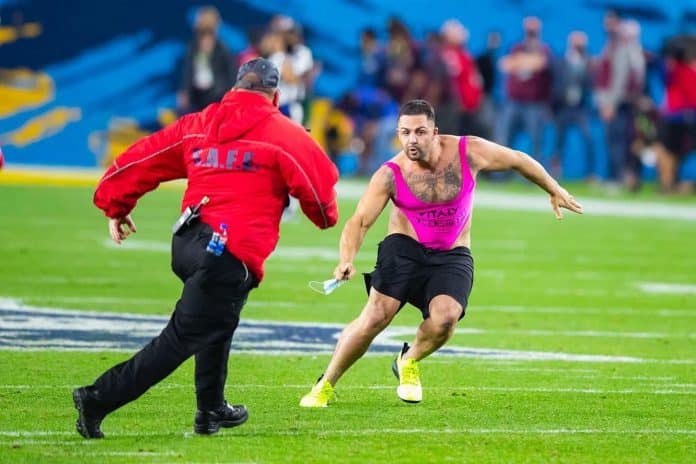 A Florida funny man was nabbed by clueless guards and cops who saw the near-naked Italian frolicking across the field as crews prepared for the game, and Your Content has learned the man was arrested Monday.

The Tampa Bay Buccaneers’ defense kept the Kansas City Chiefs out of the end zone during Super Bowl LV last night, but it was a former high school football player whose goal-line tackle went viral.

The intruder on the field, meanwhile, was later identified as Yuri Andrade of Boca Raton. His jumpsuit appeared to have the address for a pornographic website written on it, suggesting the stunt was to generate publicity.

Andrade, 31, was charged with trespassing after being nabbed by Stearns and others. He was released after posting a $500 bond.