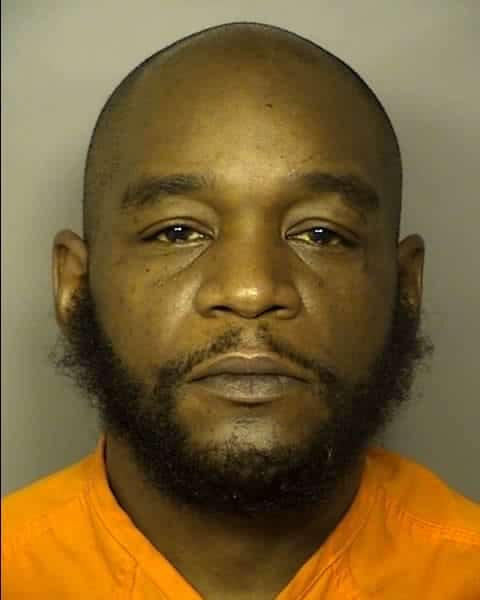 The Office of the District Attorney and the City of Chester Police Department announced the arrest of Nasir Frisby in connection with the July 28, 2020, homicide at the Candlewood Suites located at 351 Welsh Street in Chester, Your Content has learned.

On the day of the murder officers from the City of Chester Police Department were dispatched to the Candlewood Suites for the report of a stabbing. While officers were responding to the call, it was upgraded to a shooting.

Upon officer’s arrival at the scene they observed the victim, Charles Bryant, 36, lying face down on the floor of the lobby in front of the main entrance.

Upon checking the victim, it was learned that he sustained gunshot wounds to his chest area.

The victim did succumb to his injuries, and was pronounced deceased at the scene by paramedics from Crozer Chester Medical Center.

As a result of their investigation, Nasir Frisby, 42, was identified as the
suspect.

A warrant relating to homicide charges was issued for the arrest of Frisby. On Tuesday January 26, 2021, Nasir Frisby was taken into custody by the Conway Police Department, located in South Carolina. Frisby is currently being housed at the J. Reuben Long Detention Center located in Hoory County South Carolina, pending extradition.

Upon being made aware of the arrest, District Attorney Jack Stollsteimer stated
“Detective Thomas, Detective Ficchi, the Chester City Police Department, and the
Criminal Investigation Division are to be commended for their work in bringing this
perpetrator to justice. I also want to thank the members of the Conway, South Carolina,
Police Department for their cooperation in making this arrest. Hard work, skillful
investigation and cooperation have resulted in taking an alleged murderer off the street –
that’s a good day for law enforcement.”