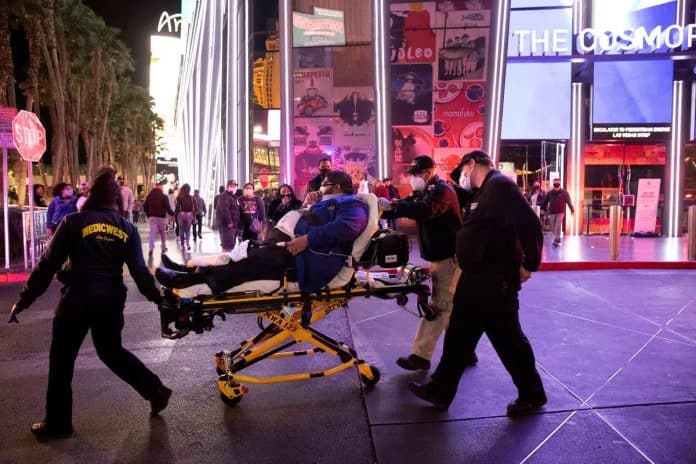 Dozens of first responders converged on the Las Vegas Strip Saturday night for the report of a fire at The Cosmopolitan, Your Content has learned.

According to the fire department, smoke was reported about 8 p.m. at the property at 3708 S. Las Vegas Boulevard. CCFD ascended to the floor by using their “high rise response policy” and found smoke in the hallway, then a fire on a balcony, FOX 5 reported.

The fire was put out quickly and the room was searched to make sure everyone was evacuated. The fire and smoke did not spread to upper or lower floors, reports the Las Vegas Review-Journal.

Once on the scene, crews found smoke in the hallway of the 51st floor. That led firefighters to a fire on a balcony in one of the units, 8 News Now reported.

Crews evacuated the unit and the rest of the 51st floor.

Maintenance staff and firefighters then used The Cosmopolitan’s smoke removal system to clear the air. There was no fire found on any other floors.