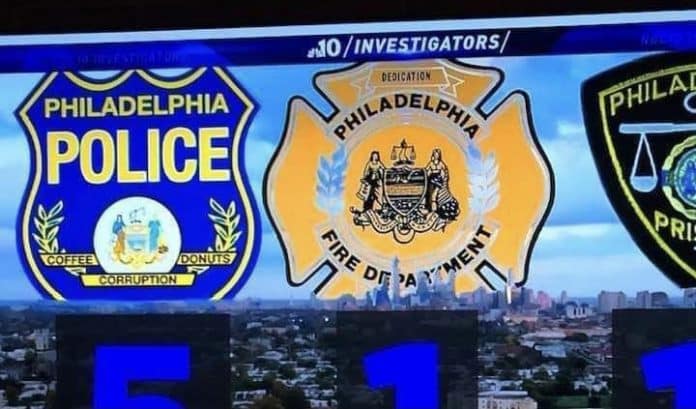 Philadelphia Police Commissioner Danielle Outlaw accepted an apology for thousands of outraged police officers who were dubbed ‘corrupt’ cops who live on ‘coffee’ and ‘donuts’, Your Content has learned.

“Earlier tonight on an [NBC Philadelphia] news broadcast, an inappropriate and insulting graphic of the PPD Shield was shown during a story related to COVID-19 deaths of city employees – including 5 of our officers.” Outlaw tweeted on behalf of the police force. “I want to thank NBC10 for their quick correction and apology.

“We certainly understand mistakes happen, as we are all human beings. However, mistakes such as these can tear away at our legitimacy, & can also diminish the work of our employees who risk their safety every day to provide #HonorIntegrityAndService to our great city!”

A social media firestorm erupted over the weekend after city locals realized the police seal NBC 10 aired said the department stood for ‘donuts, coffee and corruption.’

“@NBCPhiladelphia what’s up with the PPD shield on your broadcast?” tweeted Kenny Strickland. “Coffee, Donuts, Corruption? Not cool.”

Patricia Rhodes said the alteration was ‘offensive’ and demanded the network remove it from their broadcast at once.

“Take down that Police badge with coffee donuts corruption.” Rhodes said. “You are not funny, just darn offensive.”

Though Outlaw was quick to accept the network’s apology—police from the city in addition to out-of-state agencies—are asking the network to terminate the person responsible.

“I’ll give your station credit for owning up to the mistake.” Connecticut Blues Hockey Club tweeted. “Whoever put that patch that said coffee, donuts & corruption should be held accountable.”