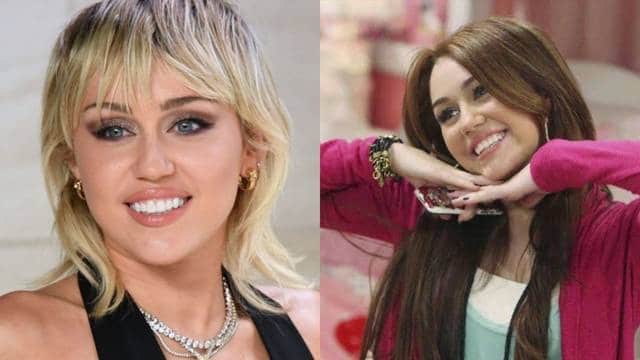 Disturbed Disney executives claim Miley Cyrus has gone ‘overboard’ after she posted a photograph of a Hannah Montana CD with marijuana on its cover, Your Content has exclusively learned.

“Heads at the label are pretty pissed off at Miley for mixing drugs with the Hannah Montana and Disney Channel brands,” an insider employed by Disney Music told Your Content. “The Instagram photo made it all the way up to general counsel.”

According to the insider, Miley ‘might have violated her 2006 contract’ with Disney Channel.

“Now lawyers for are Disney working overtime during the weekend to take a deep dive into the former Disney Channel star’s contract(s),” the insider continued. “Typical Disney agreements are for indefinite periods—and the network owns Hannah Montana.”

Hannah Montana aired for four seasons between March 2006 and January 2011.

Cyrus, who initially auditioned of the role of Miley’s best friend, Lily Truscott, captioned the Feb. 20 Instagram photo: ‘It’s Cat-urday but don’t be a p***y!’

The insider added: “Miley tossed Disney protocol out of the window. Lawyers are calling her ‘Miley the Menace.’”

Hannah Montana is one of Disney Channel’s most commercially successful franchises; it received consistently high viewership in the United States on broadcast television and influenced the development of merchandise, soundtrack albums, and concert tours.