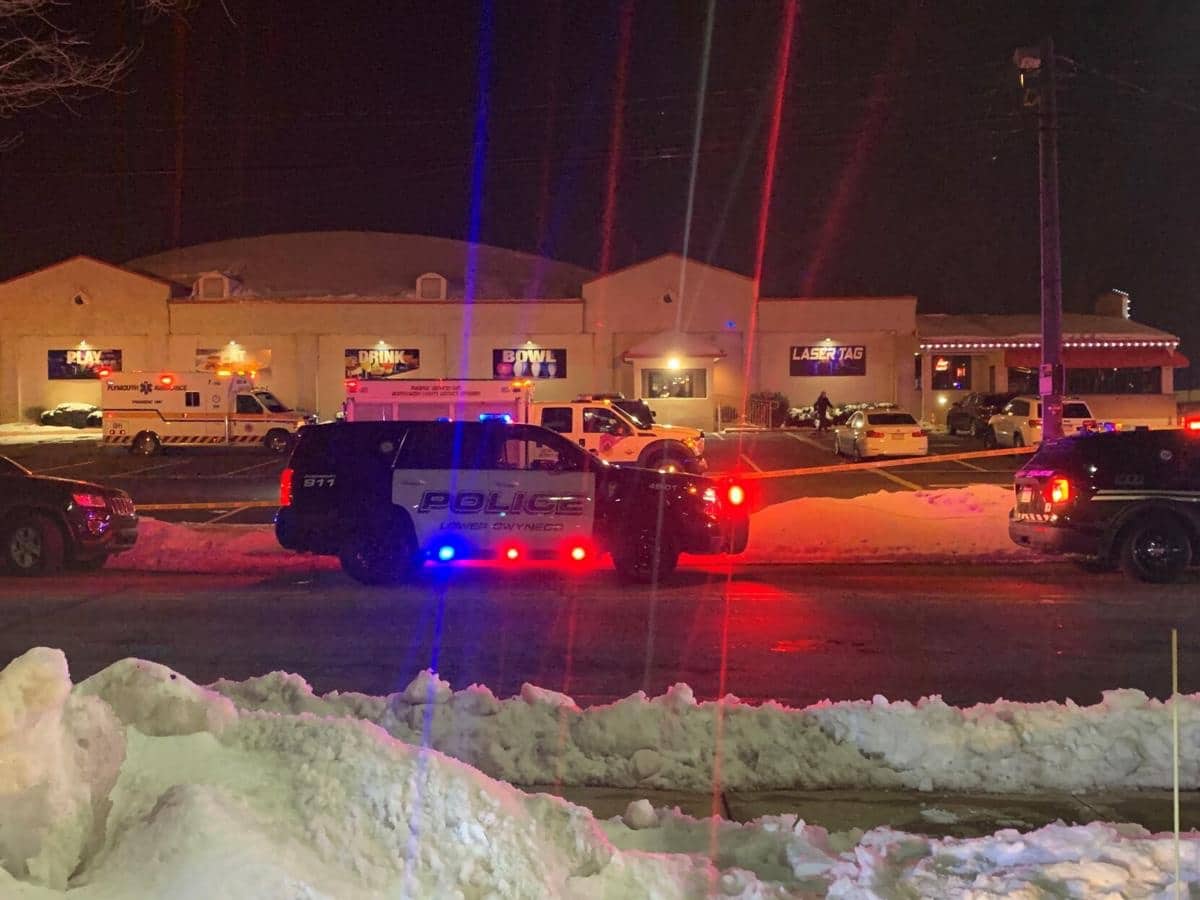 What started as a night out at a nearby suburban Philadelphia bowling alley ended in ‘a blood bath’ after a gunman entered the establishment and shot four people, killing at-least one of them, Your Content can tragically report.

Your Content was first to report a gunman opened fire at Our Town Alley on the 2900 block of Swede Road in East Norriton, Pennsylvania early Saturday night.

When police arrived before 7 p.m., they found four people with gunshot wounds.

One person was pronounced dead at the scene, and the remaining three were taken to nearby hospitals. Information on their conditions was not immediately available, reports NBC 10.

“At approximately 6:43 PM, East Norriton police responded to a call of a shooting at Our Town Alley, 2912 Swede Road.” Easton Norriton Police Department said in a statement.

“Upon arrival, they found at least four people shot at the scene. There is a possibility that additional victims may have been transported to hospitals in private vehicles. At this point, one person was pronounced dead at the scene and three other victims were transported to local hospitals. At this time, we have no information on the victim’s conditions.

“Multiple surrounding police departments responded and are assisting at the scene of the shooting. Police are checking the surrounding areas but at this time we believe the actors have fled the area. We have no motive for the shooting. This incident is being investigated by the East Norriton Township Police Department and Montgomery County Detectives.”

When police arrived before 7 p.m., they found four people with gunshot wounds. One person was pronounced dead at the scene, and the remaining three were taken to nearby hospitals. Information on their conditions was not immediately available.

Federal agents fumbled a search warrant as they journeyed to Alaska in search of Nancy Pelosi’s stolen laptop.

Rudy Giuliani has a copy of Hunter Biden’s laptop, FBI didn’t want to have it, son says

Rudy Giuliani’s son, Andrew, confirmed that his father owns a laptop that once belonged to Hunter Biden.