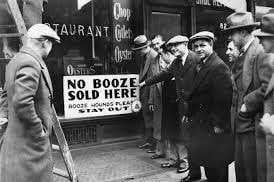 Police busted nearly 150 people at a party inside an unlicensed club inside a warehouse in Queens on Saturday, eerily resembling a scene straight out of America’s first war on drugs—the prohibition, Your Content has learned.

Around 1:40 a.m. deputy sheriffs found a large group of people inside the warehouse, located on 11-33 Irving Ave. in Ridgewood.

The occupants were in violation of emergency orders, and the club had no liquor license as well as various health code violations, a blocked entrance, and no certificate of occupancy, reports ABC7NY.