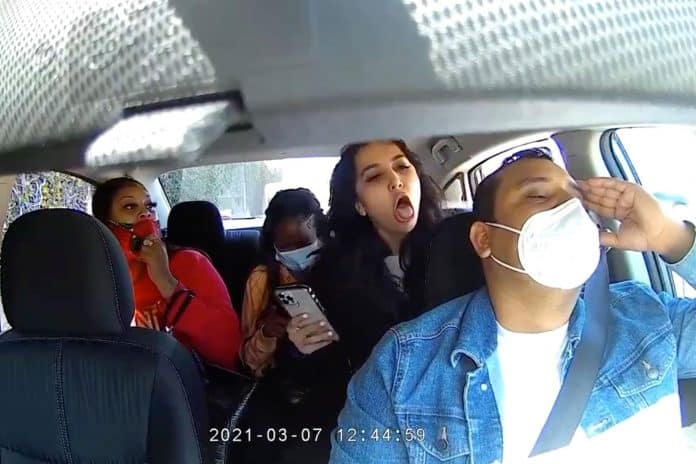 The woman whose coughing attack on a San Francisco Uber driver went viral this week was charged Wednesday with multiple felonies for the alleged crime, Your Content has learned.

Arna Kimiai, 24, was booked into the San Francisco County Jail on Sunday on an arrest warrant for robbery, assault and battery, conspiracy and violation of health and safety code after the altercation with driver Subhakar Khadka.

According to the New York Post, the three women can be seen sitting in the back seat of Khadka’s car—with Kimiai not wearing a mask.

When Khadka asked her to cover her face, she coughed in his direction and the three friends could be heard saying: ‘F*** the masks.’

As the women continued to shout at Khadka, Kimiai then tried to grab his cellphone before ripping off his face mask.