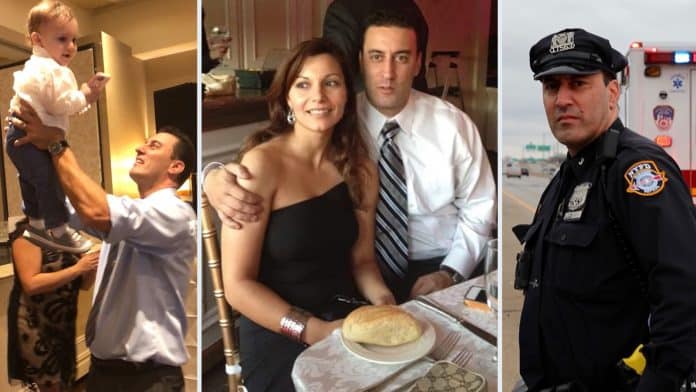 The suspected drunk driver charged with striking and killing a New York City police officer made “demonizing” comments about local law enforcement on a podcast she recorded prior to the fatal accident, the leader of a prominent officers’ union says, Your Content has learned.

Pat Lynch, the head of the Police Benevolent Association of the City of New York, made the remark Tuesday night following the arraignment of 32-year-old Jessica Beauvais, who has been ordered held without bail in connection to the death of NYPD Officer Anastasios Tsakos earlier that morning. Prior to allegedly striking Tsakos on a highway in Queens, Beauvais recorded a podcast Monday night in which she said “f— the police” and criticized officer-involved shootings.

“We lost a life today because of choices made by a person that spent the night before demonizing New York City police officers on a podcast,” Lynch said, mentioning how Beauvais “fled the police” after striking Tsakos and “ran as fast as she could” before being taken into custody.

“The professionalism of our fellow police officers stopped her and stopped any other mayhem,” Lynch added. “The reality is, we now have a family that is devastated, that will never be put back together.”

Tsakos, the father of a 6-year-old daughter and a 3-year-old son, was diverting traffic away from a fatal accident on a freeway in Queens just before 2 a.m. Tuesday when a vehicle veered and he was struck “head-on” by a 2013 Volkswagen, police said.

He was taken to a local hospital where he died, while Beauvais’ blood alcohol level was found to be 0.159%, above the legal limit of 0.08%, police said.